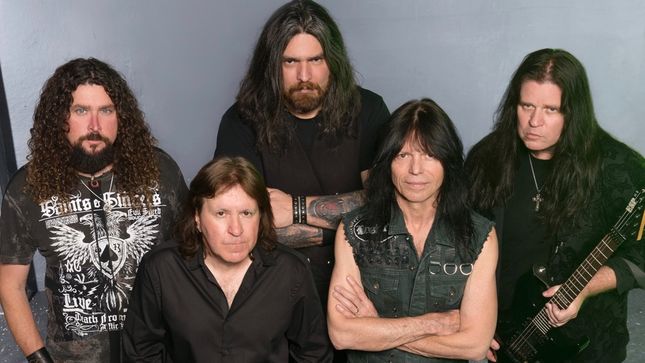 With 3/5’s of the Dream Child line-up being comprised of former Dio members (guitarist Craig Goldy, bassist Rudy Sarzo, and drummer Simon Wright) and the music on their debut album containing an unmistakable ‘Dio flair,’ it is understandable to assume that the album’s title, Until Death Do We Meet Again, is directed at their former singer, the late/great Ronnie James Dio. However, Goldy gave BraveWords correspondent Greg Prato the definitive answer.

“No. I can understand why people would think so. It does have that meaning now, but I had that title quite a while ago. Because I believe in the afterlife, I kept hearing people say in their vows when they were getting married ‘until death do we part,’ and I thought to myself, ‘Well, doesn’t it mean ‘until death do we meet again’?’ I thought, ‘Whoa, what a great title!’”

“I waited for the right type of music and the right type of melody to come along. But it’s perfect timing, because it can be interpreted that way, yes. But it’s also about that maybe someday we all will be reunited with our lost loved ones. But if people want to interpret it that way, go for it, because it is in there partly, but it’s not the singularity, one meaning behind it.”