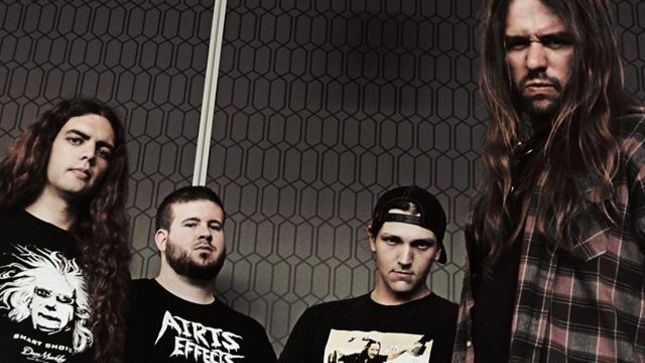 Scheider comments on the track: “'Pray For Death' has become the band’s mutual favorite song on the album.  It has the brutal/heavy elements and arguably the most catchy chorus on the album.  The chorus lyrics Dustin and I came up with and wrote in the studio.  I remember we were having a difficult time pinpointing what exactly to do in that part.  And then we came up with the ‘Farewell, say goodbye.  As the cold steel runs up your thigh’ hook.  It’s dirty, sleazy, and gruesome.  I know Greg (Mueller, drums) loves the drums parts in this one too.  He is doing a ton of crazy fills and foot work in this.  And we were super happy to have John Laux track the solo in this!  Dustin and I met John back during the early Warbringer and Luna Mortis touring days and he is the coolest, most down to earth guy and a killer player.  He just totally went for it and was really feeling it so we let him have dibs on the entire solo section.  It turned out amazing and just added more depth to the song.  Have fun with this one!”

Metal evokes deep emotions from elation to introspection to revulsion On the follow-up to the band's 2011 self-titled EP Casket Robbery runs the gamut, all the while burrowing its titanic sound deep into one's psyche. The songs are at once pulverizing and memorable. Evolution Of Evil is nothing short of pulse-pounding, unrelenting, and brutally catchy death metal.

Indeed, the undeniable grooves and hooks coupled with conceptual lyrics make Casket Robbery the death metal band to watch in 2016.

Evolution Of Evil preorder packages are available through Bandcamp. 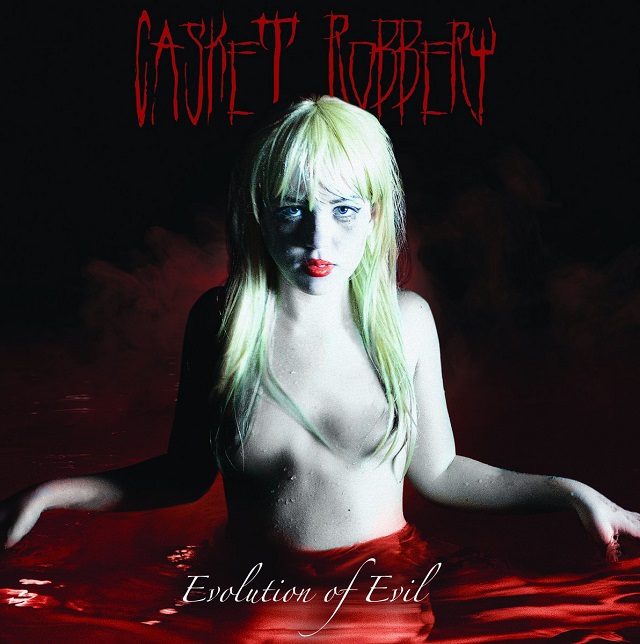