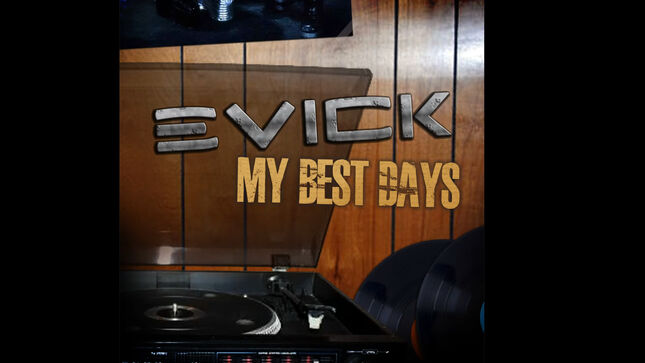 Pete Evick is an award-winning guitarist, producer, songwriter, and author who has spent the last 19 years touring the world as the music director and guitar player for rock icon, Bret Michaels.

Throughout much of the 90s and beyond, Pete has released albums for his bands Evick and Some Odd Reason. His music and production have also been heard on several TV shows over the years, including Rock Of Love, Life As I Know It, Rock My RV, Penguins Of Madagascar, and the Mrs. Universe Pageant. In 2015 he wrote the award-winning book, The Moments That Make Us, which has maintained a huge 5-star rating on Amazon and won him the Virginia Author Of The Year award.

Pete recently recorded two new singles, "My Best Days", which can rival some of Bon Jovi's biggest and best hits with his smooth rock voice, and a cover version of the 80's pop classic, "99 Red Balloons", in protest to the war in Ukraine.

Sonic Perspectives correspondent Robert Cavuoto interviewed Pete about why this was the right time to release these two new songs, how "My Best Days" was inspired by Bon Jovi, if he is stockpiling riffs for a possible new album, and the hard work and dedication that he delivers to make very Bret Michael show a fantastic experience for him and the fans.