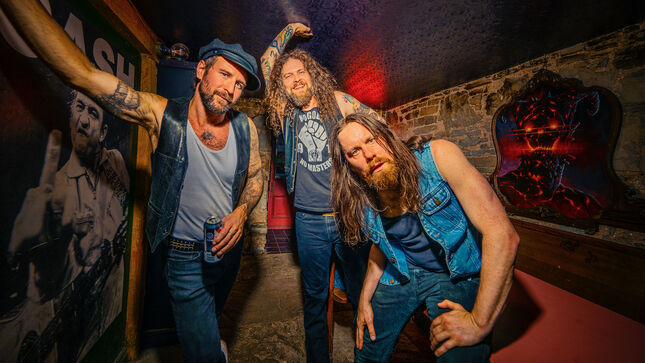 Hot on the heels of the release of their track “Golden Woman”, hard rockers Monster Truck release their new single, “Get My Things & Go”, via BMG on all streaming platforms. Listen here, and below.

“Get My Things & Go” is a swampy, bluesy rock 'n' roll blast to the face. It follows the band’s recent release of “Golden Woman,” a fast-paced, unrelenting, rock 'n' roll jam that marked the first track off their highly anticipated forthcoming album.

“The lyrics for ‘Get My Things & Go’ are a fictional story of betrayal and freedom. I think a lot of people wait until something pivotal happens, like infidelity, to address the issues of their happiness. These lyrics are about reaching that breaking point, starting the engine, and putting that foot on the floor, forgetting about everyone else for the sake of sanity. I’m sure all of us can relate,” said Jon Harvey, bassist, and lead singer of Monster Truck.

“The music was written by Jer, who was jamming the main riff when I walked in one day and he was just miles deep in his groove pocket. I bet he’d been playing it for hours, in fact, it was so groovy it felt like he’d been in there for days! I thought, “damn I better write some words and a melody worthy of this delicious jam”, and it seems as though we were on the exact same page.”

Monster Truck performed in front of a huge crowd at Download Festival in the UK on June 11, and will return to the UK later this year for a headlining tour. For more information on the tour, head here.