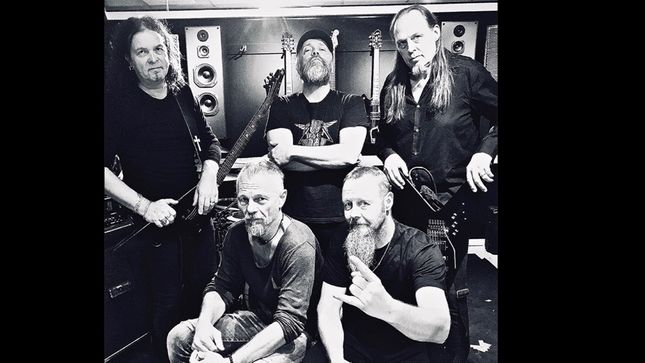 Says bassist Leif Edling: "I just wanted to tell you that we are done with the recording part of the album. It has been a year or so in the studio, lots of work, but the end result is so good so I think it has been worth all the sweat, toil, headaches etc. It actually sounds fxxxing great!! Johan is back in the band after 32 years, so that's also something worth celebrating, hehe... you can hear snippets (below).

"The record will be mixed in October for a spring release on Napalm. I truly think this is the best thing we've done in a looong time! Lot's of gigs for 2019 are being booked right now. I'll get back to you regarding this and other stuff very soon. Stay Depressed."