Cannabis And The Music Industry 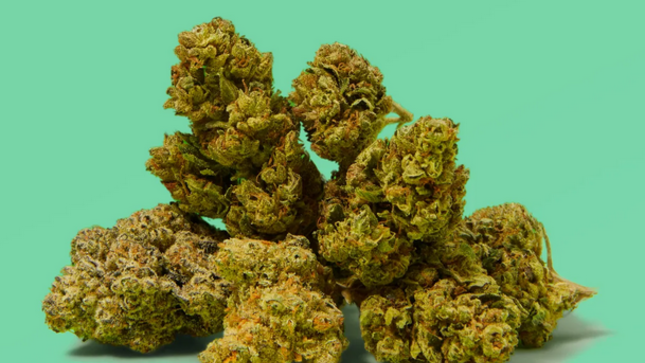 A close look at the music industry will show the intimate relationship between cannabis and the music itself. When it comes to music, marijuana is closely connected with most music-making steps, from portraying the best weed strains to including them in song lyrics and more. This inclusion in music has influenced the general understanding of weed, increasing the number of users.

As a representational medium, music, and artists have a significant role in transmitting the pro-cannabis culture. How do the two interplay?

Marijuana and its Place in the Music Industry

In the past, cannabis use and its subsequent culture were considered to go against the norm. The use of the drug led to discrimination and isolation from the general community. Regardless of the same, some artists were synonymous with the marijuana plant. Through genres such as Hip-Hop and others, these artists communicate their support for the plant and its benefits.

As time goes by, there are specific musicians whose contribution to weed being accepted in society has been significant. Artists such as Snoop Dogg, Wiz Khalifa, and Jay-Z have been open about their support for the plant. Rather than advocate their use, they have also been involved in the production processes. Jay-Z has a cannabis selling company, which deals in pre-rolls and other products.

Besides the business and recreational side, the music industry has produced songs advocating weed use. Forget about the pro-marijuana reggae songs that have been there even in the past. Even pop songs have started focusing on weed as an inspirational product. Artists sing about the plant from how it feels, how much they love it, and more.

On the business side, the music industry has contributed to the branding of cannabis. To fight long-lasting stereotypes, weed retailers take to music. Songs and videos have been great tools in the branding of weed. The way they represent the plant advertises it to other users. People become more inclined to try out new stuff by using flashy items such as vapes, bongs, and other products.

Has the Music Industry Benefited from Cannabis?

The relationship between cannabis and music primarily gives and takes. The two separate industries benefit from each other. As described above, marijuana use has improved with its portrayal in music songs and videos. This is due to the changing attitudes of the people. Once they see a wider acceptance of the drug, they tend to reconsider its negative stereotypes. But what about the music industry?

One of the significant things weed has given to the music industry is inspiration. Numerous songs advocating for the health and recreational use of cannabis are already out there. These songs are not only hard-hitting hip-hop but also pop, RnB, rock, and many more. Artists vocalize the benefits of weed or the resulting head high accompanying the use. Artists like Snoop Dogg sing songs praising the plant for its various services.

This concentration on cannabis and its features in songs and videos contributes to increasing the number of users. The music industry has been one of the main pushers of marijuana use. Apart from the array of artists singing about the plant, there is also the incorporation of pro-weed themes in song videos.

This could include t-shirts branded with the leaf, someone smoking a joint, vape pens, and more. All these showcase the variety of weed products and uses.

How Legalization has Enabled the Relationship

Without the influence of Legalization, the relationship between weed and music has been going strong. As far back as after the drug's prohibition, some tunes include marijuana in their lyrics. What about after legalization?

As it is, several states have legalized marijuana for adult use. This means that people can use the drug for recreational purposes other than the more popular medicinal value. Consequently, cannabis use has spiked, and so have job opportunities dealing with the sector. This means to the music industry that more songs can be sung about the drug and its feature in the videos.

Since this has already been the case, is there any significant change? Legalization has made it easier to advocate for weed use without crossing the laws and regulations of states. On top of that, there is also the freedom to experiment and produce various cannabis products. Innovation is currently at its peak. Take the vape, for instance, Legalization of marijuana pushed its conception, and now people can use the device for smoking tobacco and cannabis.

In the end, what legalization does is creates an environment where the relationship between weed and music can thrive. The current conditions allow for free media advertisement of weed and its subsequent products.

This can be through songs as mediums, music videos, and anything else. As weed boosts the creative process, artists greatly benefit from using the drug. Its availability in various forms is only more beneficial for them.

As the marijuana industry continues to thrive, it has had to rely on various other models. One of them is the music industry. Through their portrayal of cannabis, more and more users have been convinced to join the hype. Though the need's integration into the general culture has been systematic, it has its effects. Through song lyrics advocating the benefits of the plant and its branding in the music videos, more and more people are exposed to the same. As music helps establish the weed industry, cannabis offers creativity and support from many users worldwide.