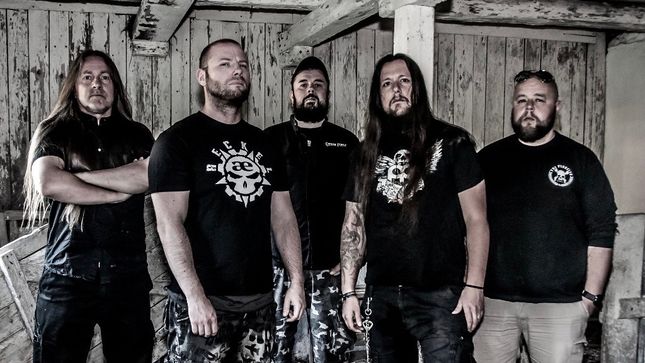 Founding member and rhythm guitarist Jari Kuusisto says: “I quit Carnal Forge after the last full-length album Testify For My Victims because I was just fed up with the music industry and everything about being in the band. It took some years but I felt I was kind of missing CF, so I talked to my brother Petri and I called up Lars in 2013 and said, 'Hey, let's fuckin' do it!' He had been waiting since the hibernation in 2010 so it was a go! Right on the spot. We made this mini CD to wake up the corpse and we did some shows but then we decided to not do any more shows until we had a new album and new fresh songs to play. It's a long boring story why it took so long time, but finally here we are now, ready to kick som serious ass again! And with us we also have Lawrence Dinamarca (Nightrage, Loch Vostok) and new vocalist Tommie Wahlberg.”