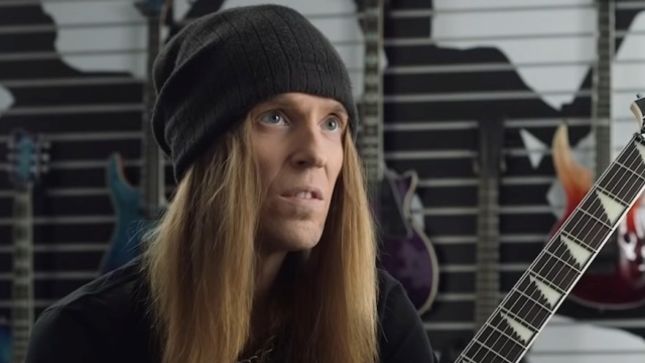 Laiho replied, "Wow, that’s quite a question. Probably a lot of the older stuff where some of the solos I was writing were insanely fast arpeggios and picking. Everything seems hard right now as I had a massive shoulder operation about two years ago. Apparently, my collar bone had been broken for about 10 years. I’ve had to relearn how to play. It’s not a nerve problem, but some of my fingers are not up to speed on a lot of things. It’s a slow process; I’m still not quite back to where I was before the operation."

Children Of Bodom continues to tour in support of their new album, Hexed. Confirmed dates are as listed: