CHILDREN OF BODOM Kick Off No Place Like Home Tour In Finland; Fan-Filmed Live Video Of "I Hurt" Available 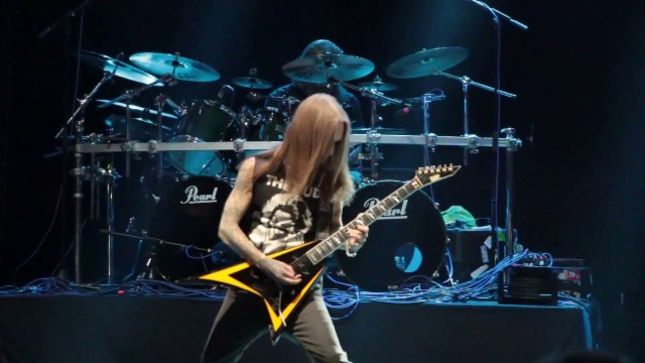 Children of Bodom kicked of their No Place Like Home tour on October 12th at the Peurunka Areena in Laukaa, Finland. Check out fan-filmed video of "I Hurt", taken from the band's I Worship Chaos album, below.

"Kissing the Shadows"
"Silent Night, Bodom Night"
"In Your Face"
"My Bodom (I Am the Only One)"
"I Worship Chaos"
"Suicide Bomber"
"Follow the Reaper"
"Needled 24/7"
"Everytime I Die"
"Towards Dead End"
"I Hurt"
"Blooddrunk"
"Living Dead Beat"
"Are You Dead Yet?"
"Warheart"
"Lake Bodom"