Norwegian progressive metallers, Conception, released their full length comeback album, State Of Deception, on April 3, 2020. It followed 2018’s successful EP release My Dark Symphony, both released via their own Conception Sound Factory label. They recently launched a crowdfunding campaign for an expanded edition of State Of Deception planned for 2022. This new version of the record will include new songs, re-recordings and live tracks.

Guitarist Tore Østby has uploaded a short clip from the studio teasing new music. Check it out below.

"The latest release for our campaign is out! 'Gethsemane' was always one of the highlights from the Flow album, and this particular version comes from a very special night in Gjøvik back in 2019. The track is available via digital platforms found here."

Check out the crowdfunding campaign here.

Frontman Roy Khan: "We've been lucky enough to have such loyal fans. They have been incredibly generous in supporting us, and we've tried really hard to acknowledge that by making some particularly distinctive items and experiences available to them. The centrepiece of the campaign will be an all new deluxe box set version of State of Deception, packed full of new and exclusive goodies and new tracks! As you might be able to tell, we’re just a little bit excited about it all!"

State Of Deception follows a twenty year interval during which band members Roy Khan, Tore Østby, Ingar Amlien and Arve Heimdal remained friends throughout, and the album release marks the full-circle evolution of the band. Lead singer Roy Khan: "The reception we’ve had from fans made recording a new album almost inevitable; they’d have rioted if we didn’t get this out! But we’re mightily proud of what we have put together here; I actually think it’s the best thing I’ve ever been involved in. We can’t wait to share it with everyone!"

In fact, reflecting the band’s desire for an entirely direct relationship with their fans, the album is wholly fan-funded. Moreover, State Of Deception is wholly self-produced, benefits from the stellar mix skills of Stefan Glaumann (Rammstein, Within Temptation, Europe etc), and is comprised of 9 tracks in total. Guitarist Tore Østby explains further, "Producing this new album has been an emotional and exciting process, digging deeper into the heart and soul of the band than ever before. The result is dynamic and intense!” 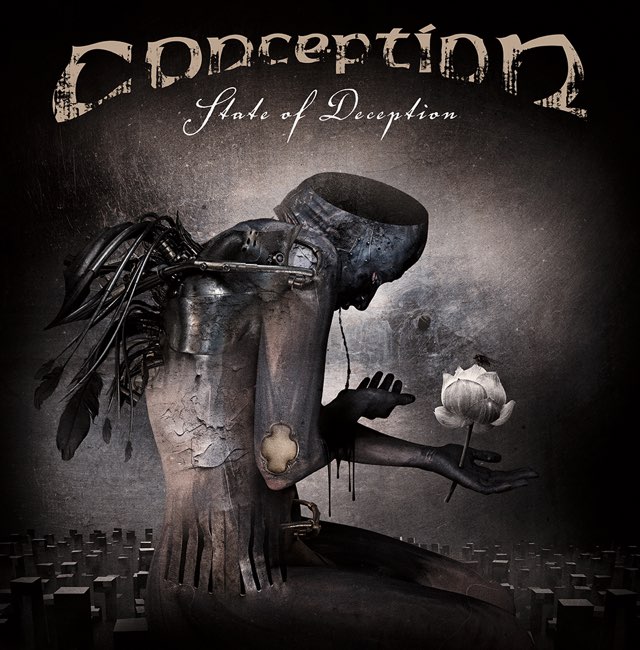 State Of Deception is a nine track tour de force which lead singer Roy Khan describes as, “probably the best thing I’ve ever been involved in!” The bar is set high then, but the band are more than happy to do so, as guitarist Tore Østby explains; “If we didn’t think we were capable of surpassing our previous work, we wouldn’t be here! We’re super proud of every single track on this album.”