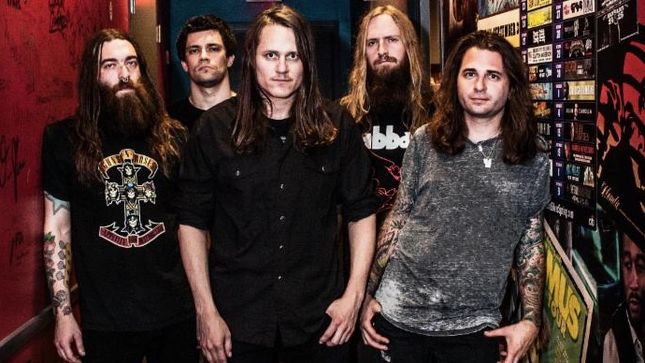 Offers Darkest Hour, "2019, we are not done with you yet. Just added some shows on the West Coast with our dudes in Unearth! We have seen all the amazing feedback from you all, and we have listened. Both bands will be playing FULL headlining, rip'n, face melting sets. We have had a ton of fun all over the world with Unearth and we are stoked to slide these dates in before the end of the year. We have some huge things in store for 2020 but if you live in these cities come out and party like its 1999 with us and Unearth!"

A month later, Darkest Hour will kick off 2020 with a return to Europe for a sixteen-city special 25th anniversary tour, where they'll be joined by special guests Fallujah, Bloodlet, Une Misere, and Lowest Creature.

The band comments, "It is with extreme excitement that we announce what we hope to be one of many tour's next year celebrating our 25th anniversary! Over these past twenty-five years we have toured with both new and established bands and have always worked hard to make our tour packages diverse and interesting. This tour is in keeping with that tradition. Fallujah is ripping progressive death metal who have had our attention for a while, can't wait to see these riffs live. Bloodlet is a very special band to us. One of our early influences, it is EASY to say we would not be a band (or at least not the same band) without their influence. We grew up going to their shows and it's a joy to be able to share the stage with them. We got to see Une Misere play this summer and were impressed, insanely heavy, Icelandic mosh of the highest form. Lowest Creature is a killer blend of classic metal elements we all love translated with a new and distinctly Swedish twist. Oh, and you know we will have a few surprises planned for this set special 25th anniversary set. See you in the pit!"