DAVID COVERDALE On Upcoming WHITESNAKE Tour - "It WILL Be A Farewell Tour... It's Hard Enough Now To Get Into Me Jeans"; Video 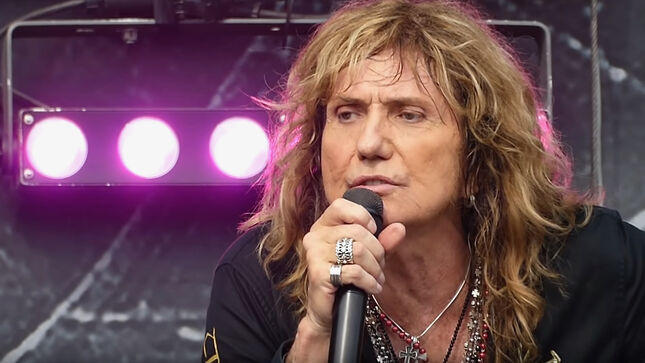 After being unveiled as the first ever recipient of The Rocks Honours Award, the legendary David Coverdale spoke to Planet Rock's Wyatt about his retirement plans, the future of Whitesnake, working with Glenn Hughes and more. Watch below:

Whitesnake recently announced shows in Spain and France as part of their upcoming Farewell Tour.

Says frontman David Coverdale: We are so incredibly excited to announce our participation in the Rock Imperium Festival as part of the forthcoming Farewell Tour... We can't wait to see you and play for you!"

Whitesnake are also booked to play Hellfest 2022, in Clisson, France on June 23. Ticketshere.

Coverdale adds: "We are so incredibly excited to announce our participation in one of Europe’s greatest festivals as part of the forthcoming Farewell Tour."