DAVID LEE ROTH On EDDIE VAN HALEN - "He's Either In Heaven Raisin' Hell, Or He's In Hell, Consequently In Heaven... Read Into That As You Wish"; Video 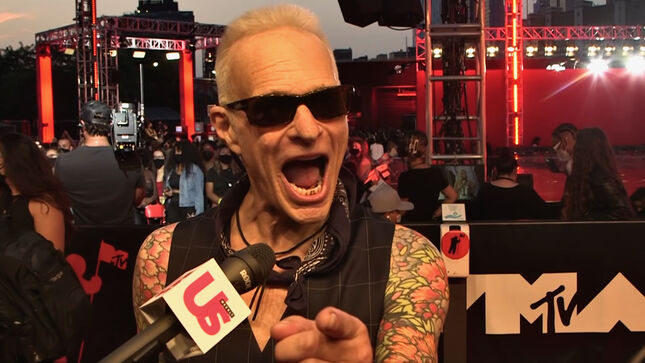 David Lee Roth was on hand for the MTV Video Music Awards on Sunday night (September 12) at Barclays Center in Brooklyn, New York, and spoke with US Weekly in a pre-show interview (see video below).

During the chat, Dave was asked if he's working on new music, to which he replies, "I'm going to Las Vegas on New Year's, and we're rockin' and rollin'. You know my guitar player passed away, Eddie Van Halen. He's either in heaven raisin' hell, or he's in hell, consequently in heaven. Read into that as you wish. And he would have me say it just like that. And I carry on that spirit deliberately. There's a lot of Vegas DNA in what I do... heavy wink. See you on New Year's."

At the end of the interview, Roth randomly adds, "And you know what? I just spoke to Alex Van Halen. We're about to celebrate our 50th year or ragging on each other."