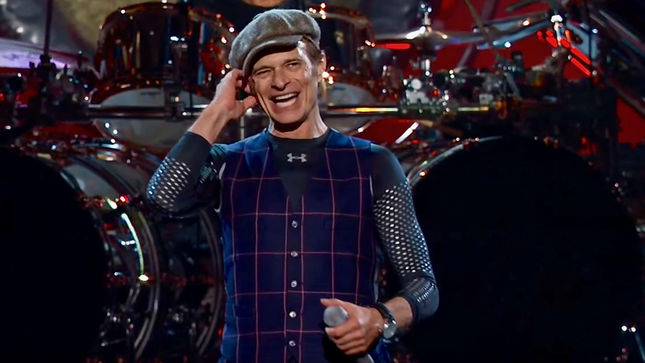 Relations between David Lee Roth and Van Halen became super tense during the grueling seven-month tour in support of 1984, reports Dangerous Minds. Roth wanted to do things - like acting - without VH but hoped Eddie Van Halen would do the soundtrack for upcoming film he was planning. At some point, Roth pointedly asked Eddie to do the score, a request Eddie declined. Roth responded by saying he couldn’t “work” with the band for a while, adding that once he was done with his movie, they would “get back together”. In August of 1985, Eddie Van Halen told Rolling Stone “the band (Van Halen) as you know it is over.”

The concept for Roth’s film was inspired by the material he was writing and recording at the time for a 1985 EP and the 1986 album Eat ‘em And Smile. In his 1997 autobiography Crazy For The Heat, Dave dished the details on the film and also shared part of the 90-page script. In essence, Roth’s screenplay (rumoured to be in part a musical) was based on a rock star named Dave who travels to the mysterious Dongo Island where he gets into all kinds of kooky capers with his manager Bernie, while surrounded by bikini-clad women.

According to Dave as it relates to his movie deal with CBS, storyboards and costumes were complete, and a full cast assembled. Unfortunately, things were changing at CBS, and they decided to pull the plug on Roth’s film debut, and eight other films. Roth sued CBS and walked away with a hefty fee in hand.

Read more and find a link to most of the screenplay at Dangerous Minds.