DEEP PURPLE Bassist ROGER GLOVER On The Resurgence Of Vinyl LPs - "It's Physical; It Gives You A Thrill That No Amount Of Streaming Or Downloading Can Give You" 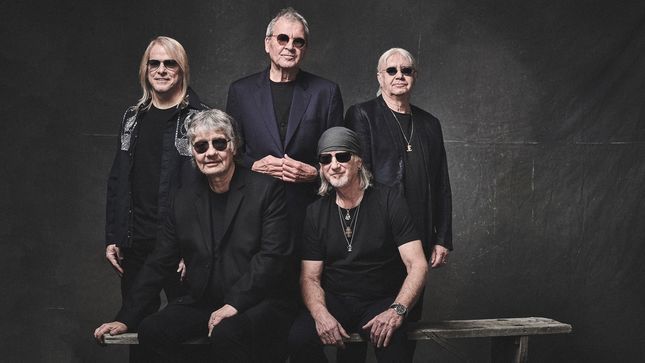 Deep Purple bassist Roger Glover recently guested on Australia's Heavy to discuss the band's new album, Whoosh!. During the conversation, found below, Glover commented on the resurgence of vinyl LPs on the market over the last several years.

Glover: "All I know is in the last few years of touring, I've signed more albums than I've signed CDs. I think holding something in your hand, it gives you a thrill that no amount of streaming or downloading can give you. It's physical. And maybe that'll go away in a hundred years' time, maybe nothing like this will exist. We'll be looking at it like Edison's inventions and the Victrola era at the turn of the century... of the last century; not this one. So it will be viewed like that. But for right now, we've still got it and value it. It's great."

Whoosh! will be available as a Standard CD, a Digital Album, a Limited Edition CD+DVD Mediabook (including the 1 hour feature “Roger Glover And Bob Ezrin In Conversation” and, for the first time, the full live performance at Hellfest 2017 video), and a Vinyl 2LP+DVD edition (earMUSIC). Pre-order here.

A fully authorized first impression of all tracks can be enjoyed now.