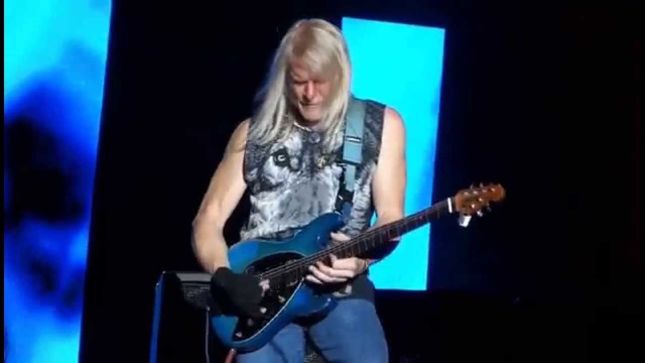 Deep Purple guitar legend recently spoke with Music Radar about his signature guitars and his live rig. An excerpt from the interview is available below.

Morse: "Tere are more possibilities on these guitars because of the pickup switching system. Not every possibility is represented, just the ones that I would use. However, during the course of playing live shows I discovered there are five sounds I constantly use. Those are my go-to sounds and they’re combinations. With a regular five-way switch I couldn’t reach them. We used a multi-pull switch, so you could change the wiring to whatever you want in the positions.

It was Sterling Ball’s suggestion: 'Can you make it simpler with the switching system?' Dudley Gimpel, the guitar luthier at Music Man suggested a multi-pull switch (using direct wiring) for this. This is the perfect battle conditions guitar for a rock player who needs different sounds. We have a couple of different tunings – we’ll shift to a drop tunings for a couple of songs so then there’s a whammy-bar version in drop tunings, as well as a straight one. Then there’s a regular tuning whammy-bar guitar."

Legends will collide late this summer when Deep Purple and Judas Priest embark on a co-headlining North American tour. Produced by Live Nation, the outing will kick off August 21st in Cincinnati, OH and visit 25 cities across the US and Canada before wrapping September 30th in Wheatland, California. Tickets are on sale at LiveNation.com. 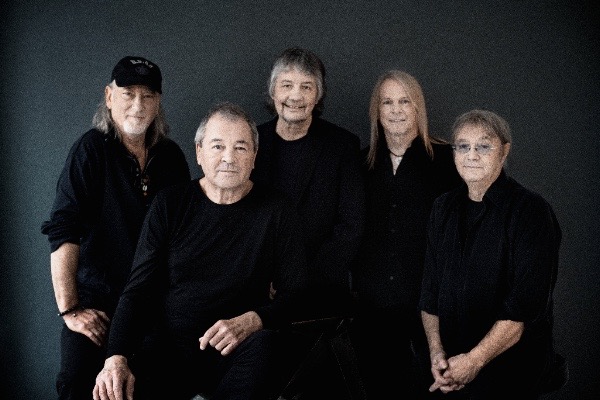 Deep Purple’s latest studio album, inFinite, was released April 7th, 2017, via earMUSIC. Produced by the legendary Bob Ezrin, (Pink Floyd, Alice Cooper, KISS), InFinite featured 10 new tracks recorded with no musical boundaries in the spirit of the 70s. The metal pioneers have released five studio albums since 1996, augmented by an abundance of solo work and special projects from members Ian Gillan, Roger Glover, Ian Paice, Steve Morse and Don Airey. Fans will be thrilled as they cover decades of favorites for this run. 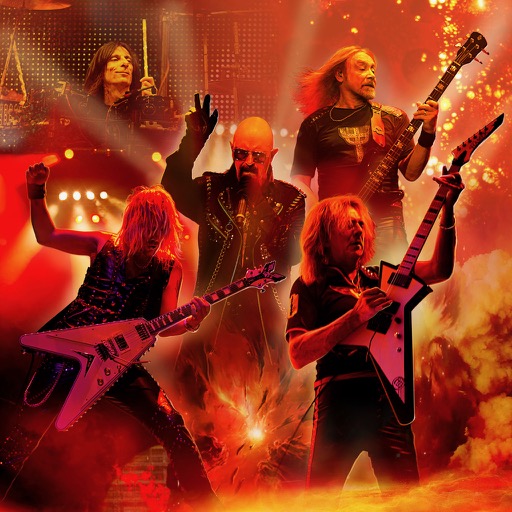 Judas Priest’s latest studio album, Firepower, was released March 9th, 2018, via Epic Records. Co-produced by Tom Allom and Andy Sneap, the 14-track album has become one of the most successful of the band’s entire career - landing in the "top-5" of 17 countries (including their highest chart placement ever in the US), and scoring their highest charting commercial rock radio single in decades with “Lightning Strike”. Few heavy metal bands have managed to scale the heights that Judas Priest have during their near 50-year career, and with a lineup featuring Rob Halford, Glenn Tipton, Richie Faulkner, Ian Hill, and Scott Travis, Judas Priest will be scorching across North America with some heavy metal Firepower again this summer and fall on tour with Deep Purple. 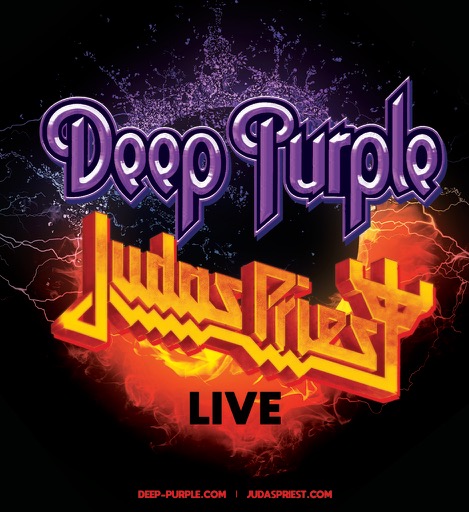