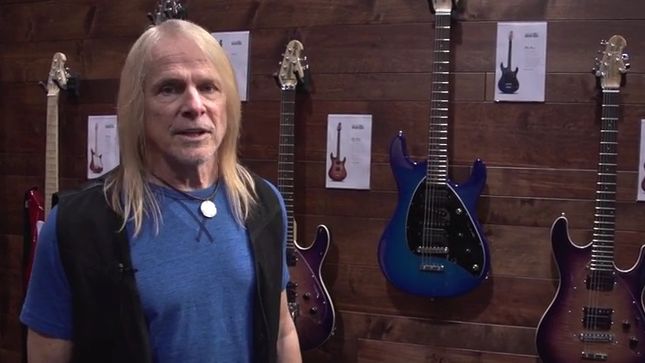 Deep Purple guitarist Steve Morse dropped by the Ernie Ball booth at this year’s National Association of Music Merchants (NAMM) show taking place now in Anaheim, California, to talk about his line of Music Man line of guitars. The Steve Morse signature, made to Steve's exact specifications, has been his instrument of choice both in the studio and on stage for more than 25 years. Featuring a classic double cutaway design, four custom DiMarzio pickups and intuitive switching layout, this signature guitar affords effortless playability, comfortable yet solid construction and a full range of tonal possibilities.

The Large Fan Box is expected to include the 2LP, CD, DVD, plus three 10″ singles and a t-shirt.