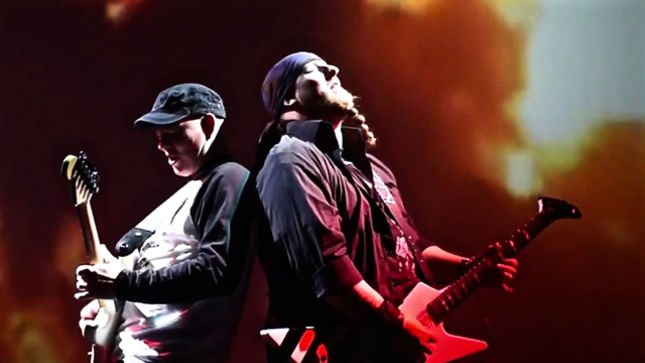 Danish hard rock band Statement and their record label Mighty Music have rush released a new music video to sympathize with the victims from yesterday’s attacks in Brussels.

“Heaven Will Burn” was originally meant to be released next month, but the band and their record label felt the urge to release it right away, as this song is all about what should not have happened yesterday.

Says Niels Larsen: “When do we learn from the mistakes of humanity? Yesterday’s tragedy is a horrible example of the ignorance of religion. Imagine we could all live in peace, under the same sun, moon and stars. Imagine people would use their common sense. No one wants to see the world go up in flames.”

Michael H. Andersen, CEO Mighty Music states: “Hard rock and heavy metal is an international language and often misunderstood to be violent. We do not believe in violence and in innocent people getting killed – we believe in peace and we believe the Western World is a World for people that choose to live our way of life. As equals. Men and women, black and white”.

"Heaven Will Burn" is the title track of the band’s upcoming album, to be released via Mighty Music/Target Group on June 17th. More details to follow.