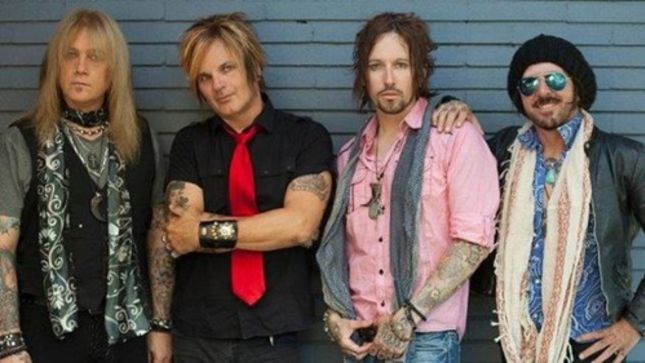 In December 2014, Devil City Angels announced that their debut album is now available for pre-order through PledgeMusic, the world's leading direct-to-fan platform. Although the album is not set to arrive until early 2015, Devil City Angels has already been building buzz with the song "All My People" which has been running on ESPN Monday Night Football.

With multiple packages available to choose from, fans have the opportunity to receive exclusive updates, content and items via PledgeMusic. Pledgers can receive experiences and merch items such as a signed Rikki Rockett drum head, signed Rikki Rockett drumsticks, a 30-minute Skype music lesson with the band, personalized and handwritten lyric sheets, signed Tracii Guns signature guitar, and a custom drum set.

5% of your pledges will go towards Little Kids Rock, a foundation that emphasizes the importance of music in schools by training school teachers to teach music. Little Kids Rock partners with public school districts in some of the nation’s most economically disadvantaged communities with the goal of ensuring that all students have access to an engaging, relevant and fun music education program.