DEVIN TOWNSEND Has Plans For Ziltoid Video Game - “There's A Swedish Company That Presented Some Ideas, And It Seems Really Cool” 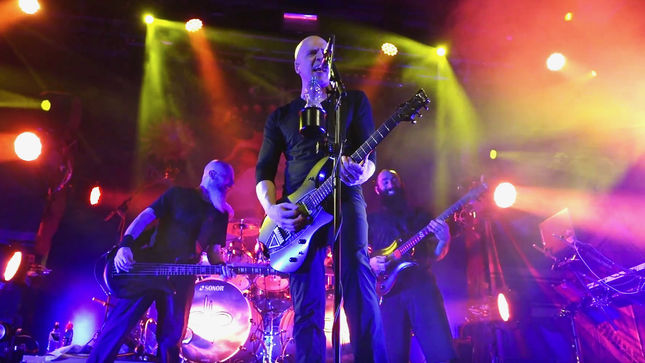 In a new interview with eonMusic, Devin Townsend discusses life, music, and Ziltoid the Omniscient. An excerpt from the chat follows:

Q: One of your most recognizable creations is Ziltoid; have you and fan and Metalocalypse creator Brendon Small ever spoken about a bringing Ziltoid to life?

Townsend: “We've never talked about Ziltoid in that capacity. He has mentioned to me that he took inspiration from Ziltoid for the Galaktikon [‘audio comic book’ album] thing. But the main thing is; I don't care. It's not that I don't like the concept, or that I don't like the characters, it's just that I'm not compelled to take it further than it has been. I think that’s the risk with these kind of things; you find something that's interesting, and then you have a team of people who end up monetizing it, and by the end of it, the fun is sucked out of it because it becomes this job.”

Q: So is that the end for Zildoid?

Townsend: “Making a Ziltoid cartoon on top of all the stuff I'm already doing is 'work'. I think we’re going to make a video game though, so that's something. There's a Swedish company that presented some ideas, and it seems really cool.”

Read the full interview at eonmusic.co.uk/a>.