Does CBD Affect the Way We Perceive Music? 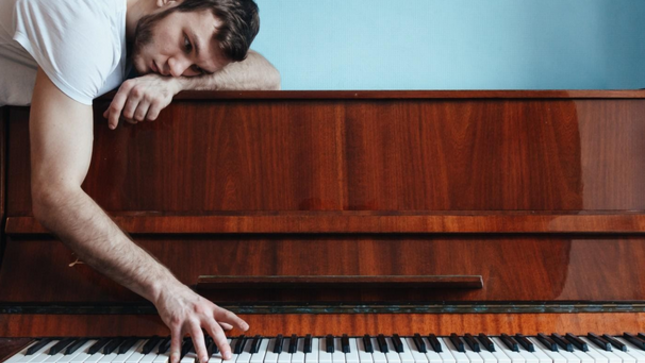 It's no secret that music and cannabis enjoy a highly amicable relationship. They just go together. The two have always been inextricably linked throughout American music history, from blues and jazz to rock-n-roll, soul, funk, R&B, disco, hip hop, and electronic.

Everyone has their own way of making themselves feel better after a long day: taking long walks, doing yoga, Netflix marathons – there are a lot of options, but listening to music is always at the top of the list. Music is romanticized as a panacea for all ills.

While this may not be accurate in the literal sense, music does have a way of conveying human experience and emotion in a way that words alone simply cannot. That's why we all have a playlist for when we're sad. Listening to music isn't just relaxing. It's a profoundly cathartic activity.

While getting high and cranking up some tunes may be a stoner stereotype, the astute cannabis enthusiast can't help but notice that there's something special about how we perceive music when we're high. And researchers have also explored this dynamic. After all, the effect cannabis has on auditory perception is among its most defining characteristics.

In the 1970s, one study discovered that marijuana improved our ability to perceive sounds at the very top of the human hearing range, about 6000Hz. Not only could participants hear these sounds better, but they also reported experiencing greater enjoyment when hearing them.

THC, one of the main cannabinoids found in cannabis, is known for activating the pleasure centers in our brains while also interfering with short-term memory. Because short-term memory is disrupted, listeners are completely absorbed by the present as the music unfolds note for note.

Their brains are no longer automatically holding on to the notes that have just been played, searching for patterns to predict what sounds will play next. They're simply taking in the music and enjoying it. Many have described this experience as feeling like time is standing still. It's just you and the music, and you live for each note.
What about CBD, though? CBD started as the latest craze in the wellness industry, and now it's everywhere. Everyone has heard about it, and the list of health benefits keeps growing.

CBD oil, also known as cannabidiol, is a natural compound derived from the hemp plant. Hemp is also a type of cannabis, but it contains less than 0.3% THC, which means that it won't cause the same euphoric high we can expect from THC. And in that case, how does CBD affect the way we perceive music?

THC or tetrahydrocannabinol is a psychotropic cannabinoid found in the Cannabis plant. Its effects can vary from person to person, but most people that have experienced it report a state of altered consciousness and increased awareness of their surroundings. Most agree that it makes you more sensitive to certain stimuli.

Music has also been shown to affect brain chemistry, including mood, emotions, memory, and behavior. So we can look at music as a collection of sounds organized in a certain pattern with an observable, psychoactive effect. As a result, the increased perception associated with cannabis use can amplify our experience of music.

If you don't want the "high" THC provides, there is still a cannabis-based solution that can help you sit back, relax, and appreciate music a little more than usual – CBD.

CBD or cannabidiol is another cannabinoid that's known to reduce stress and help people relax. These days, you can find it in a multitude of products like tinctures, oils, edibles, softgels, or even as nugs and vapes like Organic CBD Nugs. It also goes extremely well with music. Unfortunately, so far, there aren't as many scientific studies examining this interaction.

On three separate days, each of the 21 participants went to the lab where they inhaled the placebo, high-potency, or low-potency cannabis that had been evaporated into a balloon. The group that inhaled the low-potency type of cannabis was given double the amount to keep the THC dosage at around 5 mg for both groups that weren't inhaling a placebo.

After inhaling, participants from all three groups were asked to complete a series of tasks, some of which were performed inside an MRI scanner.

When participants listened to music they liked, results showed that both types of cannabis dramatically enhance brain activity. Compared to placebo, the desire to listen to music increased by 55%. On the other hand, the cannabis with a higher concentration of THC impaired connectivity in the brain's salience network, which is believed to help motivate people to put ideas into action. These differences could explain why those who used high-potency cannabis fared worse in a motivation test, which required them to select whether to put in more effort in exchange for bigger rewards.

Researchers believe that through the results of this study, they confirmed that CBD helps to counterbalance some of the adverse effects of THC.
Anecdotally, people who use CBD products and have tried observing their effects while listening to music have reported that this has become their favorite way to relax because it's easier to immerse yourself in the music. They feel that they become more responsive to the music, and, in turn, the music enhances the relaxing effect of the CBD products.

Similarly, those who use CBD products to increase focus reported that, when combined with the right music, it has a noticeable positive effect and makes them more productive.