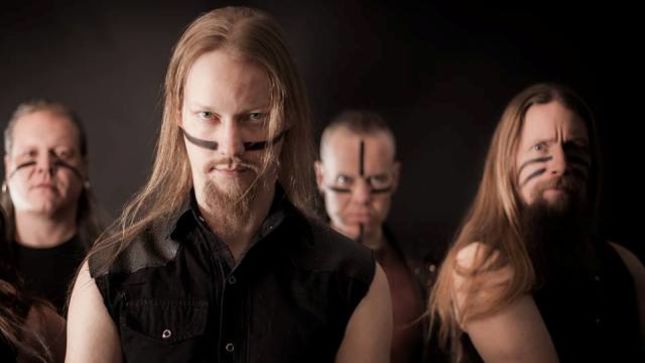 After performing several shows in Finland and recording a bonus "Live" DVD, which is available together with the recent Ensiferum album Two Paths, released in September 2017 by Metal Blade Records, Ensiferum Acoustic will present their show for the first time live in Europe.

The tour will run from December 4th through December 22nd of 2018. In addition to playing some songs that have never been played outside of Finland, Ensiferum Acoustic will present the acoustic version of selected songs from the Ensiferum repertoire.

Bassist Sami Hinkka comments: "Hi folks! As some of you might know, we did a bunch of acoustic gigs in Finland back in 2016 and we even recorded the last gig in Helsinki and included that as a bonus DVD for the Two Paths album.

“We had talked about bringing Ensiferum's acoustic spectacle abroad for years but there was never a proper time for it. This summer airlines lost our gear two times and since we do not want to cancel a show we asked from promoters to arrange us acoustic guitars and we did ex-tempore acoustic gigs on two festivals. We had fun and fans seemed to enjoy them also very much. So, we decided that now the time is right for our first acoustic tour outside of Finland.

“On this upcoming tour, we will have our dear friend Laura Dziadulewicz to sing and to play keyboards. Her own band is called Medeia and you might remember her from our Unsung Heroes album where she sang Celestial Bond. Here is a link to Medeia's last video, check it out:

“Just to tell you guys a bit more about the whole idea of these acoustic gigs. Ensiferum has always had acoustic elements and also whole acoustic songs on the albums but those have been impossible to add to traditional metal gigs. So we decided to create a setlist that would include songs that haven't ever been played outside of Finland. Not just acoustic songs but also some very rare songs that we rearranged a bit to fit the acoustic atmosphere. Most of the setlist will be songs that haven't been heard ever outside of Finland so even if you saw Ensiferum within the last years, this show will blow your mind! Partying, beer, moshpits, singalong, crowd surfing has always been a big part of Ensiferum's metal gigs, how about this time? Fear not, it's not going to be a ballads-only-evening, because we also include some old hit songs that went through an acoustic metamorphosis to keep the party spirit high! So see you all in the acoustic moshpit!"