EPICA Cancel Toronto, Chicago And Minneapolis Shows On North American Tour; ELUVEITIE And THE AGONIST To Perform As Planned 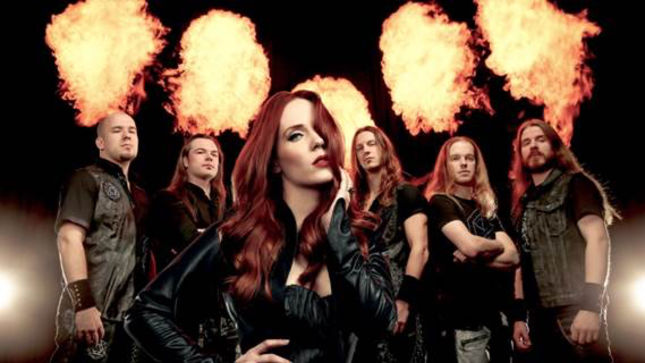 Dutch symphonic rockers Epica have checked in with the following update from the road:

Luck has not been on our side as of late and it is with heavy hearts we share some unfortunate news.

A couple of days ago something dramatic happened in Simone’s close family. After serious consideration and as things aren’t looking good, the only option for her is to fly back home to be there with and for her family. Resulting in us canceling the four shows (Quebec City, Toronto, Chicago, Minneapolis.)

Respect to Simone for carrying on and rocking out with us for the past couple of days. VIP sessions will still take place without Simone, people who don’t show up these sessions will automatically receive a refund. We will also be hanging out at the merchandise stand in support of the tour.

At this time, the Revolver tour will carry on as scheduled with Eluveitie and The Agonist, and we’ll keep you updated on resuming the tour.

We want to thank you in advance for your understanding. For details on refunding your tickets please contact your local venue. We’re sending all our positive energy to Simone, her family and friends."

Epica WILL NOT perform on the following dates:

The tour will resume with Epica back on the bill for the following dates;