Exclusive: DIMMU BORGIR Guitarist SILENOZ Talks New Album - "For Me Right Now It Sounds A Bit Like Around The Times Of Spiritual Black Dimensions" 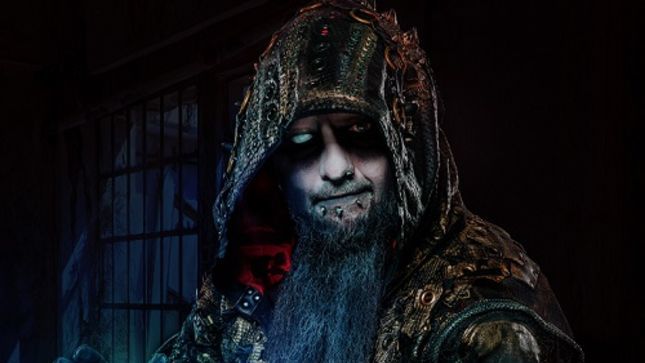 BraveWords scribe Carl Begai recently caught up with Dimmu Borgir guitarist Silenoz to discuss the new Insidious Disease album, After Death, for a feature story due to be published soon. During the conversation, Silenoz talked about a new Dimmu Borgir studio album, which is currently in the works.

BraveWords: If reports are to be believed, you guys have been working on the new Dimmu Borgir record for several months now...

Silenoz: "We're into the writing process, and we have two songs pretty much done. We're just taking things as it comes, but it seems like the flow in the writing process at this point is a bit smoother and easier than it was for the previous album, Eonian (2018). That's a good sign. It's hard to say what it's going to sound like as a whole, but for me right now it sounds a bit like around the times of Spiritual Black Dimsensions (1999) and Puritanical Euphoric Misanthropia (2001).... without putting too much pressure on ourselves (laughs)."

BraveWords: Do you feel any real pressure at this point of your career? Dimmu Borgir made its name a long time ago, and you won't be going anywhere unless you decide as a band to call it quits.

Silenoz: "It's more about the pressure that we put on ourselves, trying not to copy ourselves too much because it's impossible not to do that at so long into a band's career. But, we're conscious of that, and it's very important for us to have variation in the songs. The general concensus right now is that we're probably going to strip the new album down a bit from the previous album. That's the main feeling even though no decision has actually been made yet."

BraveWords: When you compare present day Dimmu Borgir to the days of For All Tid (1995), Stormblåst (1996) and Enthrone Darkness Triumphant (1997), is it still the same band to your mind?

Silenoz: "No. We've evolved a lot since then but we still have that red thread back to those days in some ways. And when we re-recorded Stormblåst in 2005, that was a good indication that things have still held up in the songwriting. If you listen to Enthrone and the newer recording of Stormblåst, you can tell there isn't that much of a difference."

"The beginning sound of 'Mourning Palace' (from Enthrone Darkness Triumphant) is a basic setting on the keyboard that we used for the album; we still use it. We had a Dimmu session yesterday and we used it (laughs). So whether we keep the sound or just use it as a writing tool, that remains to be seen, but even there we have a red thread back to the '90s."

The band have released a beautifully shot, ghastly new music video directed by Sandra Marschner for their song "Invisible War" which can be viewed below.

Says the band: "Today we are absolutely chuffed to announce the release of our 2nd album, After Death, with this new video-clip for the song 'Invisible War'. The video was shot in an old German World War 2 bunker near Berlin and captures the vibe of this song perfectly. It wasn't easy to realize the filming under the current circumstances, but we are pleased with the result and the whole filming and production. We really hope you will enjoy this clip and the album... It’s been a long time coming but it’s safe to say we’re excited to share our new art with you! Crank the volume!”

Order your copy of After Death in the format of your choice here.