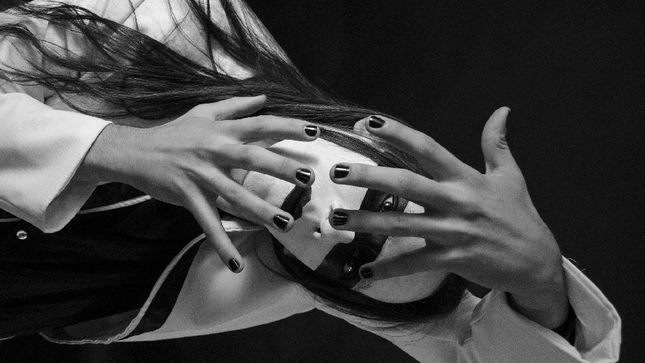 One of Montreal’s hardest to classify metal bands, Messora, has wrapped up production on their debut album and is ready for their listeners to succumb to the shifting and numinous music within. The Door is being released on October 4th, 2019.

The Door is comprised of seven challenging tracks that shift between many styles of metal, most noticeably death and progressive with hints of doom among the melodic riffs. The title track is the first single and is the reason this originally intended one-man project blossomed into a full band that has been bringing its malevolent and theatrical performance to stages throughout the local scene. Having played live many times, Messora expects this release to be taken well by fans, as they quote:

“We think that many people who became fans after seeing us live will be thrilled just by the fact that we’re finally presenting them with a record. I think that anyone who considers themselves a fan of ours only does so because of our live show. It’s a record that is kind of progressive but also kind of straight forward and we hope that it will appeal to those who are into progressive music and those who aren’t at all.”

The lyrics on the track “The Door” influenced every subsequent song on the album turning it into a continuation of the first track. Zach Dean explains the track in his own words:

“It’s very catchy and melodic, and it never gets as weird as certain other songs on the record. I really see it as this album’s only ‘single’. The middle section that contains the guitar solo is actually kind of weird. It serves as a great segue between what’s basically the part 1 and part 2 of the song, as well as giving the listener a taste of the more proggy and eccentric sounds that are more present later on in the record. Lyrically it’s about always seeing the problems in the world, and feeling like it’s all the fault of everything and everyone around you. You then get a glimpse at something else, a different place that is different from the one you’re in, and you want to get there.”

Messora crosses boundaries and is ultimately for anyone who likes technical, well-crafted metal, especially those who enjoy Opeth, Children of Bodom, and Lamb Of God.