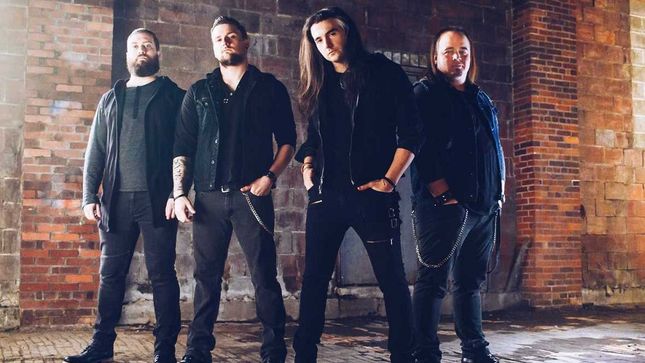 "The song is about burying and leaving something behind. Something that could call back to you, but you've moved on and can't be influenced over it anymore. For some of us, it's toxic relationships, for others, it's addiction, and the list could go on. We've all got something that we've left behind for one reason or another, calling us back. But if we remember the reason we buried it, it's easier to ignore," says Johnny DiCarlo (lead vocals/lead guitar).

Johnny adds, "The video was actually shot and produced by my company The Presenters. We also had some camera and production help from my friend James Watson, who actually used to be in NW. We built that set in the basement of the house I grew up in. Actually a lot of our older music was created in that basement now that I think of it. A few of the guys in the band are pretty big gamers. The set for this video was actually inspired by a video game I played back in college. In the game I remember walking in a room and stopping to admire my surroundings. The walls were draped in an elegant red, there were pieces of art here and there. So we made a similar area. Draped the walls, scattered some gold and brass elements around, added some older antiques. In a way I think it worked great. You've got these guys surrounded by relics of the past and junk collected at various times doing something new. "

NeverWake's sound is a dark take on active hard rock. It's a sinew of rock and metal elements complete with captivating melodies, dark guitar harmonies, and head-banging grooves. Their melodic vocals pull the listener into a haunting trance which is then awakened with explosive guitar work over a strong foundational bass and powerful drum performances. NeverWake consists of Johnny DiCarlo on lead vocals/lead guitar, Marcus Giannamore on drums/vocals, George Scott on bass guitar/vocals and Justin Sanford lead guitar/vocals.

NeverWake recently finished a 30 day, 25 city national tour with active rock artists The Veer Union and is in the process of completing their 4th release Misguided, a six song EP produced by John Moyer of Disturbed. This follows a five song EP (also produced by John Moyer) and two full 12/13-song albums.

NeverWake’s notoriety is increasing internationally as they have achieved feats such as performing at the Loudest Month festival Carolina Rebellion, at the Heart of Texas Rockfest-SXSW in Austin TX, Rockfest WI, along with countless other national acts across the US.

“Call Out My Name” can be streamed/purchased on Spotify, iTunes, Google Play, and Soundcloud.