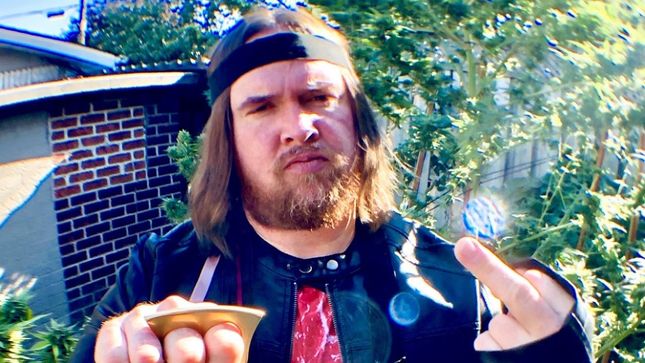 2020 has been a non-stop rollercoaster of up and downs, from multiple lockdowns to fans and bands unable to enjoy live performances. One thing the era of Covid has produced is enough time to encourage creativity on all fronts. This is where Ricky Butcher of Sons of Butcher fame comes in with his own release of the crassest album of the year "Fuck: The Album". With the help of his bandmates Doug Borski (bass), Sausage Ralph (drums), and Colin Van Hamsteak (lead guitar), the self-proclaimed “Rock God” Ricky Butcher leads the listener through a nineteen-minute listening experience filled with silly, cathartic, and self-aware fuck songs all inspired by the quarantine of Covid.

The idea for Fuck: The Album was simple - write and record a hard-rockin' comedy homage to the most popular and versatile curse word of our time while there was still government lockdown money to be handed out. Before the album officially drops on Friday, November 27th, Ricky Butcher has a new music video entitled "Fuck The Shit 2020", which is being premiered via BraveWords.

Butcher adds: “Someone had to save this year from being a total wank, these are all hit fuck songs, crack a beer and a weed and listen to the whole fucking thing.”
Hamilton, Ontario’s Butcher is no stranger to writing “weird-ass” songs thanks to his time with Sons of Butcher who gained attention through a popular television show and the live band that followed. He had a philosophy in mind when he wrote this debut solo record:

For those who want to enjoy the album in a less offensive way, there is an alternate censored mix of this release with every swear word bleeped, called Bleep: The Album. It will have a slightly different album cover and the release date is planned for later in the year.

Recommended for fans of Sons of Butcher, Tenacious D, Steel Panther, Fuck: The Album will be available on November 27, 2020 on Fuckthe2020.com, Bandcamp (CD), Spotify and Apple Music.