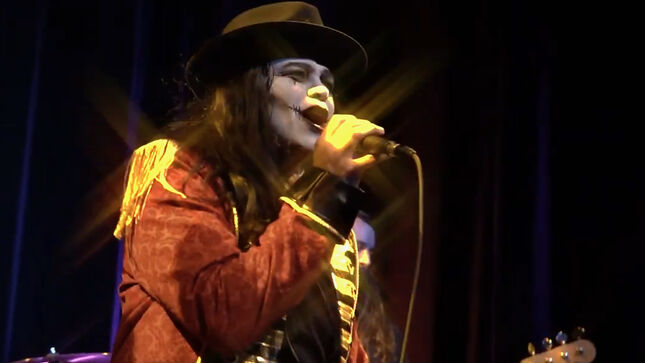 After exploding on to the scene with their debut album, The HellenBacks are coming out swinging as they reveal details for the first single and video from their much-anticipated third album, III, set for a spring 2021 release.

Acclaimed frontman Jimmie Romero and his all-star band will unveil “Pleasant Doom” on Friday, April 23 on all DSPs, and BraveWords is premiering the accompanying music video that he describes as “an outward manifestation of internal scars.” Watch the clip below. 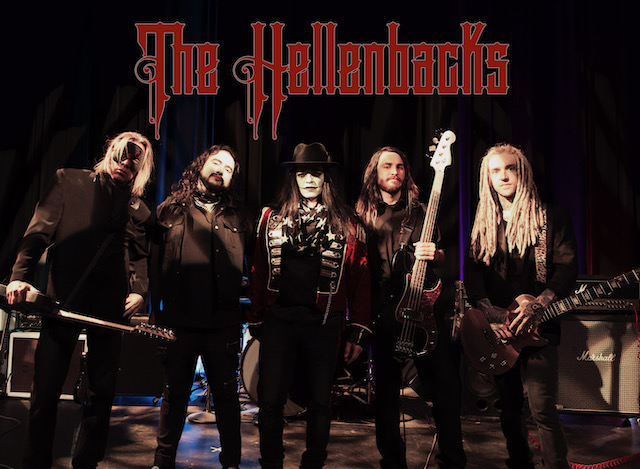 According to Romero, he and the group decided to release “Pleasant Doom” as the debut single because it “encompassed the entire concept of the record.”

“This album is a concept record with a story to tell,” he explains. “Each song builds upon this story and ‘Pleasant Doom’ summarizes it perfectly by exploring the initial attraction to toxicity masquerading as beauty and the personal growth and recovery necessary to ultimately say goodbye to something, or someone, that would ultimately lead you to your doom. The music is very progressive and complex which fans will gravitate towards.”

The record’s mature and sophisticated sound stems from the caliber of musicians who performed on it. In addition to The HellenBacks lineup, which includes guitarist Michael "Doc" Ellis (formerly of Love Hate and Ratt), and drummer Al Serrato (formerly of JetBoy), special guests guitarist Todd Kerns (Slash Featuring Myles Kennedy and The Conspirators), bassist Sam Harman (Void Vator), bassist Barry Barns (Count 77), and guitarist Dylan Dice were also called in to round out the album.

“It was truly a pleasure to work with this level of musicianship throughout the entire recording process,” said Romero, who produced, mixed, and mastered the album at his recording studio Stay Vintage Studios in Las Vegas, NV. “Not only did the musicians offer a variety of different sounds and experiences to the project but they each lent a unique perspective that was invaluable to the overall outcome of the record.”

To support the release of the single, The HellenBacks also unveiled a video that was filmed at The Whitney Theater in Las Vegas, NV. Romero, who produced and directed it along with Assistant Director Natalie Castillo, explains that the video is his vision “of what we would all look like if life tattooed our experiences on our skin. The mask people wear to hide the darkness that lives within each and every one of us.”

In addition to producing and directing music videos, Romero has also written and directed major motion pictures including the short film The Whiskey Man & The Rider, in which he also appeared in alongside Kerns, as well as starred in Linewatch with Cuba Gooding, Jr. and Occupation: Fighter.

The HellenBack’s III is slated for a late spring release. Artwork, tracklisting, and the "Pleasant Doom" video below. 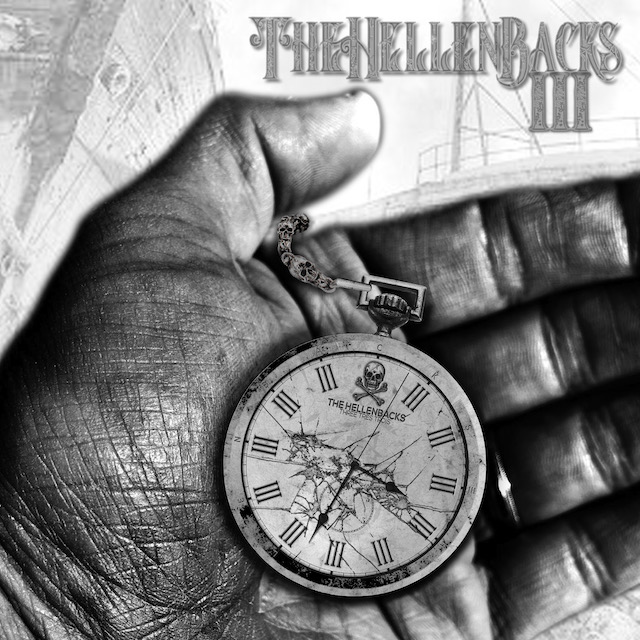 The HellenBacks have released two albums to date. Their debut album Vampires Of The Desert was released in 2017 and received critical acclaim. The band’s sophomore record Harsh Environment was released a year later and also received rave reviews from fans and critics alike with BraveWords saying they “deliver swampy, bluesy, rock n' roll.”

For more information about The HellenBacks, head here.