EXODUS Frontman STEVE "ZETRO" SOUZA Talks New Album - "The Lyrical Content, The Approach, The Attack... Everything Is In Your Face" 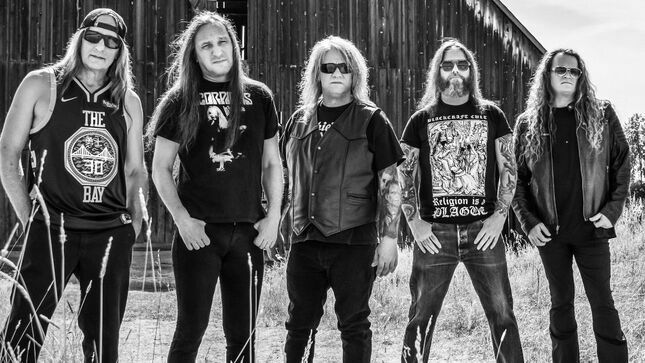 Exodus return with their eleventh studio album, Persona Non Grata, out November 19 via Nuclear Blast Records. Frontman Steve "Zetro" Souza spoke with Australia's Heavy about the record; check out the interview below.

Souza on the new album:

"We've always metaphorically went after everyone. Now we're really... this album is just loaded with that. It's a very socially conscious record, it's a very what-is-going-on-now record. I tell everybody this is not a nice record. For a heavy metal fan, that's exactly what you wanna hear, that this is not a nice album. And it's not; it's very abrasive. The lyrical content, the approach, the attack... everything is in your face on this one."

Exodus recently released the lyric video for the second single, "Clickbait", and a new trailer, in which guitarist Gary Holt discusses the track. Watch the trailer, as well as the lyric video, below: