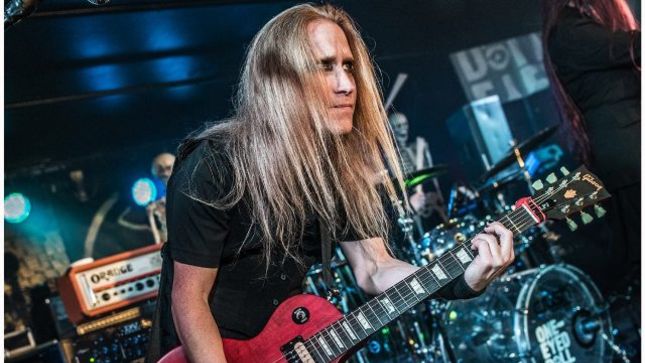 Famous Underground / Creeping Beauty guitarist Darren Michael Boyd recently released his debut solo instrumental album, Lifting The Curse. He recently spoke with The Partae out of Melbourne, Australia about the making of the record. Following is an excerpt from the interview.

Q: What influenced the sound and songwriting for your new album?

Darren: "The album was a form of personal therapy and healing for me during the recovery of a car accident that profoundly complicated my life, to put it mildly. I spent a lot of time trying to connect with nature, and the entire summer of writing and recording was almost like a sort of spiritual awakening – not meaning to get all deep here or anything – but that is why I called it Lifting The Curse. By the time it was done, I realized I had a piece of work I was tremendously proud of, and in the process of creating it, I had left a lot of the negative energy in the past."

Q: How did you go about writing the music?

Darren: "Most songs started out with guitar parts and expanded from there, although I will occasionally start with a drum groove to stimulate some creativity. I am always writing little notes and ideas on my phone, or using the voice memo feature to capture an inspiration before it disappears. I’ve been writing songs with lyrics and vocals for as long as I can remember, so my approach to writing this instrumental album was actually very similar. Most of the music follows similar arrangements that we are already familiar with – verse, chorus, etc., and I don’t think any of the songs even surpass four minutes in length. Obviously I took the liberty to spill over the structural edges a little because the confines of a vocal composition were absent, but I don’t see it as a progressive album at all."

The Lifting The Curse album tracklist is as follows:

"Circle Of Sixes"
"Notational Witchery"
"The Earth Is B Flat"
"Music In The Murder House"
"Tails & Entrails"
"This Song Won't Get Played On The Radio"
"Was It Something I Said?"
"Little Toad"
"Lifting The Curse"

Lifting The Curse is available on Spotify here. Physical copies of the album will be available soon.