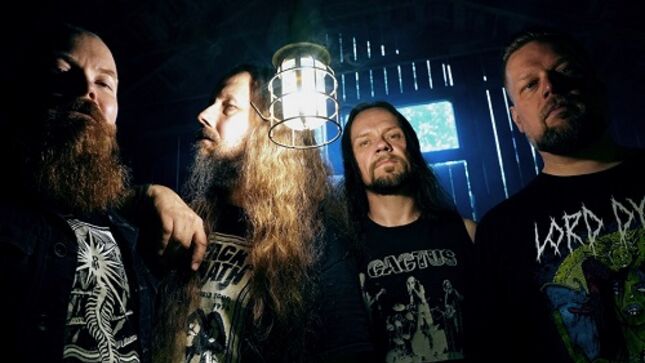 After the success of their sophomore album Firebride in 2020, Finnish sludge metal quartet Black Royal emerged as one of the Scandinavian underground’s most talked about bands.

Formed in 2013 in Tampere, Finland, Black Royal has drawn hordes of followers with their creed crushing choruses and beguiling riffs, pitched perfectly between the dramaturgy of Ghost and brutality of Behemoth.

This October, Black Royal will make an almighty return to the fold with Earthbound, their third full-length album and first on M-Theory Audio. Following the release of the title track in June, you can experience the fire and fury of new single, "13th Moon" now, with a video created by Rafael Ortega (Ayreon, Subterranean Masquerade).

“It started as a rehearsal room jam between Toni and I,” explains bassist, Pete. “I had the main riff, and we were excited to do a more of an up-tempo rocker that would be fun to play live and get some heads moshing!”

Written and recorded at Studio Watercastle last August, mixed by Oskari Hakala Rahko (Lordi, Blind Guardian) and mastered by Jaakko Viitalähde (Convulse, Oranssi Pazuzu), Earthbound will deliver Black Royal’s heaviest collection of lurching sludge and groove-laden death metal songs yet. Filled with thunderous guitars and drums that trade blows at the gates of Valhalla, all deftly balanced on a psychedelic knife-edge, Earthbound will be released on October 21, 2022 on limited-edition “Phoenix Ascending” coloured vinyl and on Digipak CD. Pre-orders can be placed now at this location. 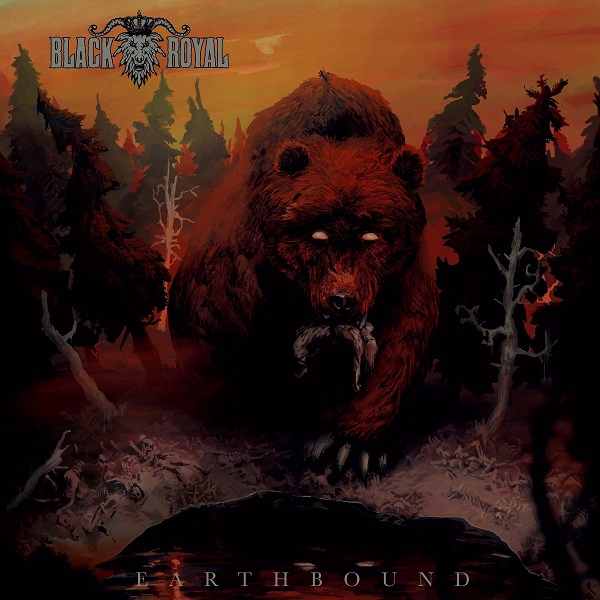