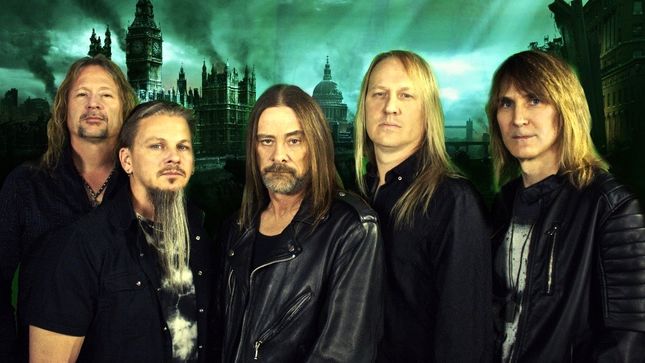 Flotsam And Jetsam recently welcomed Ken Mary (Alice Cooper, Accept) as their permanent drummer. Mary, who began touring with the group last year after Jason Bittner was invited to join Overkill, joins the band on all of their upcoming tour dates. He will also perform on the group's in-progress new album, due to be released via AFM Records later this year.

“It’s always awesome to play with the mighty Flotsam And Jetsam,” Mary says. “The music is super-challenging and at the same time a great deal of fun to play. With such great musicians in the band that are also great guys, it’s going to be a blast!”

"We're excited to announce that Ken will be our new drummer,” adds the band. “Ken has already tracked all the drums for our upcoming album slated for release later this year, and we're all looking forward to the fans experiencing a new chapter in the history of Flotsam And Jetsam.”

A complete list of Flotsam And Jetsam's upcoming tour dates appears below. More information on the group's new album will be revealed in the coming months.