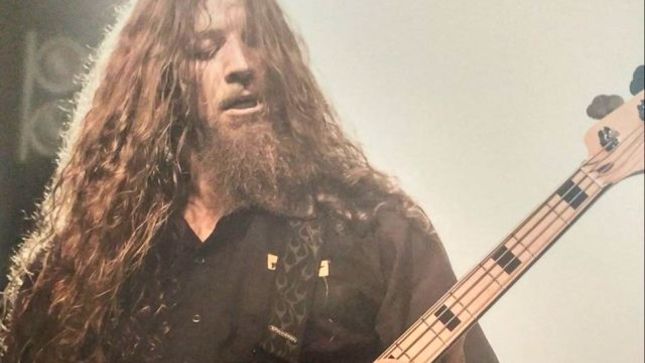 Former Annihilator bassist Russ Bergquist, who was with the band from 1999 – 2003 and 2005–2007, has released a new solo album under The Russ Bergquist project. Check out the tracks streaming below along with comments from Bergquist.

Russ: "Opening track from The Russ Bergquist Project. Mark Petri on Vocals, Ray Hartmann on Drums, Scott Webb on lead guitar, Alex Roque on background vocals and Russ on bass, rhythm guitars and background vocals. If you listen while driving , watch your speed..."

Russ: "Track #3 from The Russ Bergquist Project. One of two instrumentals on the album. This one features lead guitarists Scott Webb, Brian Poulsen, Joop Wolters and Jeff Loomis. I've always been fascinated with what lead guitarists can do. So I wrote a song featuring four really good ones. Enjoy your Shreddies this morning! Btw, me on bass and rhythm guitar, Ray Hartmann on drums and Vivien Lalu on keys..."

To purschase the album go to CDbaby here.