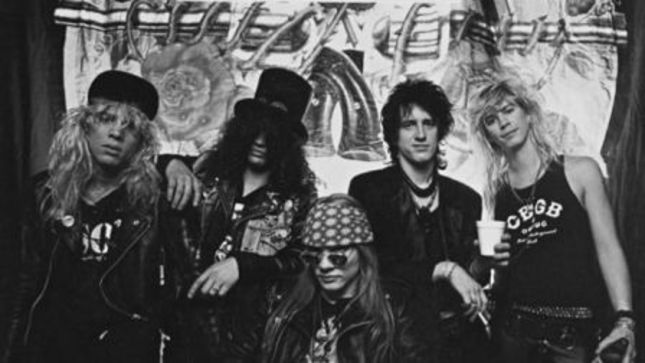 Former Guns N' Roses manager Alan Niven recently spoke with New Rock Times and weighed in on the band's highly anticipated reunion shows, which will not include original members Izzy Stradlin (guitars) and Steven Adler (drums). Following is an excerpt from the interview.

"For that matter, without Izzy and Steven can it be called a Guns n Roses re-union?" he asks. "Without them it’s really just Velvet Roses. Why aren't those two included? Maybe there is not enough money to go around - after all, rumour has it that AEG are only paying $26,000,000 for two Coachella shows and two shows in Vegas."

"I can only guess at Izzy's position based on his Twitter postings ... and knowing him to a certain degree I'd say you'd find his answer in the lyrics of the two songs he posted."

"What is clear is that he was, originally, amenable. After all, he tried to get Axl to come to the RRHOF event. But if he's not going to be treated with equality and respect he's not going to be involved. Sad really, since he was, to my memory, the most crucial member of the band - the most adept at expressing the band attitude and character in song. No Izzy, no Guns."

Guns N' Roses have announced a second show in Mexico City. Due to popular demand, Axl Rose, Slash, and Duff McKagan will take the Foro Sol stage for an encore perfomance on April 20th. 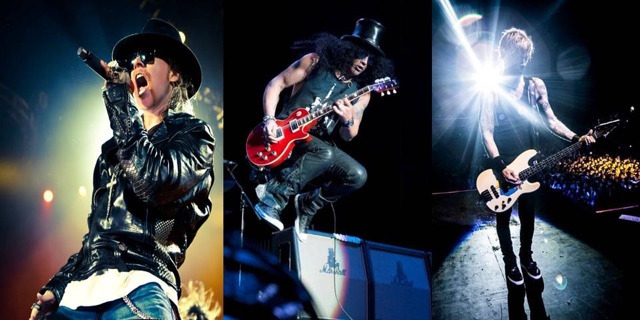 (Photo - The Rock And Roll Hall Of Fame And Museum)