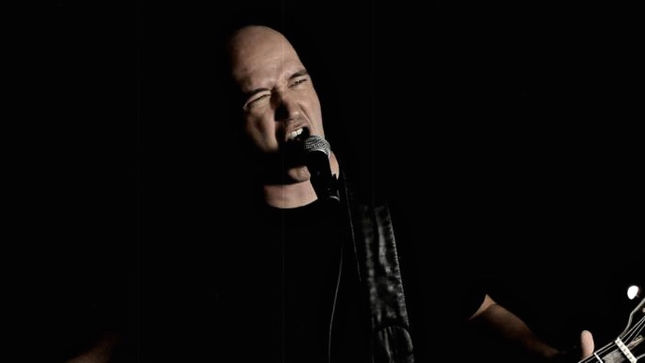 Narcotic Wasteland, the now full-time project of former Nile frontman Dallas Toler-Wade, is set to release new music soon. To satisfy fans in the meantime, the band has reissued their 2014 self-titled debut album, Narcotic Wasteland, out today via Megaforce Records/MRI. Get it via iTunes and Apple Music.

Narcotic Wasteland - the extreme death metal project which originally started out as a side venture of Dallas' that he focused on while not writing/performing with Nile - has now taken hold of his full focus after his departure from the band.

Dallas states: "I left Nile for many other reasons that will remain undisclosed, not just for the reasons they detailed in their statement, which were "to focus on my own plans and recordings". That quote didn't come from me. I was already putting a lot of my time and energy into Narcotic Wasteland when Nile was not busy writing or touring. My intention was to do shows and albums with Narcotic Wasteland on the flipside, because I like to stay busy. I will continue to write and perform music on whatever level I can for as long as I can. From now on, Narcotic Wasteland will be my main musical focus."

Narcotic Wasteland's underlying concept is reflective of its namesake and the city where Dallas, Edwin, and Chris grew up. Fayetteville, North Carolina, a military town, has a PTSD rate of up to 75% in males and is the highest rated city in the US for Shaken Baby Syndrome. The availability of street drugs is astounding and the ever growing epidemic of addiction to pharmaceutical drugs is an extremely toxic and unstable environment to grow up and live in.

Dallas adds: "Other than join the military, for us, there was nothing to do but work low paying jobs and do drugs. Nothing to do but get in trouble, but music saved us from the otherwise depressing round of existence, as there wasn't much of a positive outlet there other than music for Edwin, Chris, and I. Although hard drugs and death are sort of a main topic, it's not the only topic. We, as a band, do not want too many limitations on what we write about. On Narcotic Wasteland,there is a song about South Carolina's most famous serial killer (Donald Henry Gaskins), and another song with an anti-organized religion message. Like I have said many times over the years, Iron Maiden doesn't only write songs about iron maidens!" 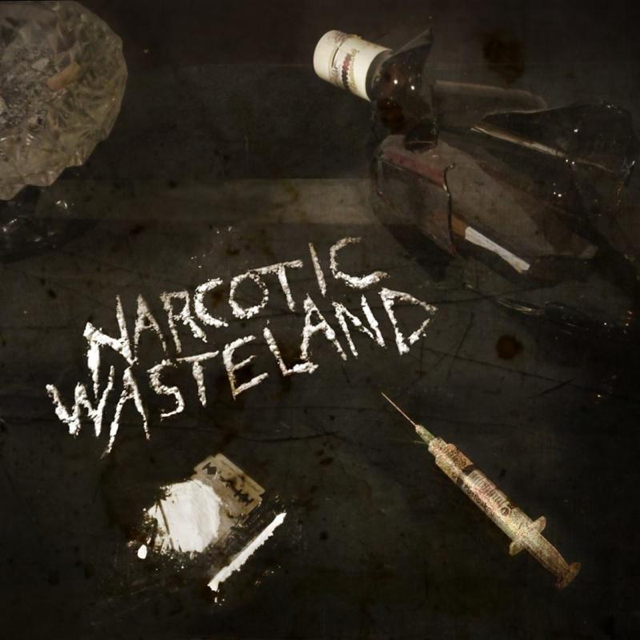 “Keeping Up With The Jones” video:

“The Shackles Of Sobriety” lyric video:

Dallas briefly hints at details regarding the band's upcoming album, scheduled to release later this year: "We are in the process of finishing up our second album right now, and the topic of drug use and death is still present, but we are also branching off a bit to talk about venomous human behaviour, self-reflection, and big pharmaceutical companies ruining lives for big profits.

Narcotic Wasteland's new music will retain its already established sound while expanding into more dark, sinister, and melancholy-sounding passages, capturing the mental imagery of the lyrics. The band's mission is to write challenging music without losing a sense of meaning, connecting to the listener as emotionally as possible and providing a release for their anger and sadness.

Dallas adds: "The musical journey for me is and has always been to improve and connect to the listener. Narcotic Wasteland is very excited to work with Megaforce Records, Adrenaline PR and Ashley Talent International, LLC on the upcoming record. We plan to bring our music to as many people and places we can in the upcoming years."