Former QUEENSRŸCHE Vocalist GEOFF TATE Talks Napster Controversy, Praises METALLICA Drummer LARS ULRICH For Taking A Stand - "I Challenge Anybody To Suffer An 85% Loss In Their Income Like Musicians Did" 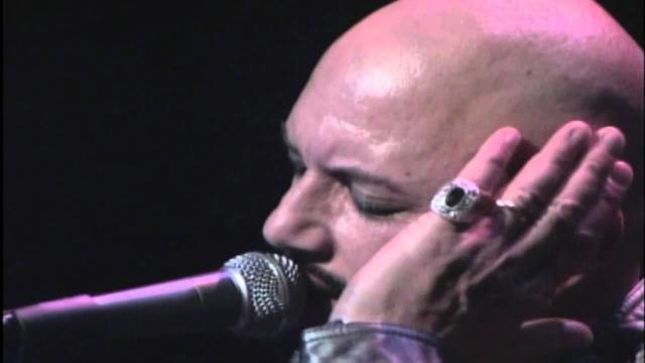 Rock Titan recently spoke with former Queensryche frontman Geoff Tate about the 30th Anniversary of the band's Operation: Mindcrime album, and about the decline of the music industry thanks to the internet. Check out the interview below.

Tate: "At some point in the '90s, I'm thinking that, from my memory, collectively the world just decided that music should be free and people just started taking it, and nobody did anything about it. Now, what if we do that today... we all decide, 'Hey, automobiles should be free. Let's just all take them and see what happens.' Interesting social experiment, huh? Or how about groceries? Go to the grocery store and fill up your cart and walk away. See who stops you. Hats off to Lars Ulrich for standing up and saying what he felt, because he was right (about Napster). I challenge anybody to suffer an 85% loss in their income, like musicians did, people that wrote music, that wrote songs. 85% loss in income, that's staggering."

During a new interview with Metal Underground, Operation: Mindcrime and former Queensryche frontman Geoff Tate revealed he will be guesting on the new Avantasia, album, Moonglow, due out in January 2019. Tate guested on Avantasia's previous album, Ghostlights, on the song "Seduction of Decay". He also performed live on tour with the band.

Tate: "Tobi (Sammet) is an incredible leader of that whole madness camp, I'll call it (laughs). And he's just a pleasure to work with. I'm going to Germany after this tour (Operation: Mindcrime) to work on the next record with him, so that'll be fun. He's very excited about it. He hasn't played me anything yet. He said, 'I'm waiting for you to get here, and then I will spring it on you....' (laughs), so I'm on pins and needles in anticipation, waiting."