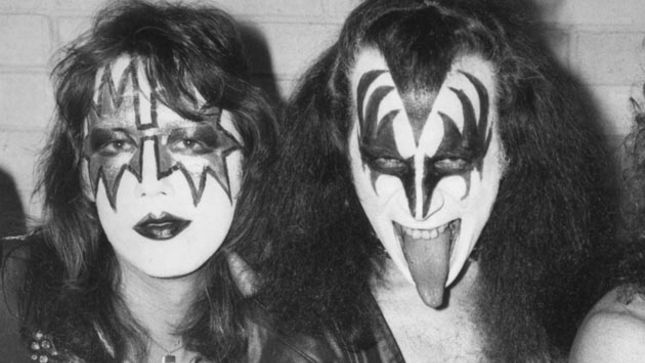 During an interview with 92 KQRS, KISS co-founder Gene Simmons revealed he has collaborated with Ace Frehley on two songs for the guitarist's next solo album.

Simmons: "Two days ago I was with Ace, who's not in the band — he used to be in the band three different times — and we wrote two songs. He asked me to write for his next solo record. So I went over to his place, way out in the desert some place, and we wrote two things."

Brace yourself, North America: Gene Simmons is going solo. The provocative and over-the-top showman is famous worldwide for his on and offstage antics as a member of KISS, where he became notorious for his fire-breathing, tongue-waggling performances as his rock alter ego The Demon, and sang lead vocals on hits like "Rock And Roll All Night", "Calling Dr. Love", "I Love It Loud", and "A World Without Heroes". Now out of makeup, Simmons is embarking on his first-ever solo tour with a red-hot backing band to perform some high-octane rock hits. Don't miss the God Of Thunder himself when Simmons comes to your town. Confirmed dates are as listed: