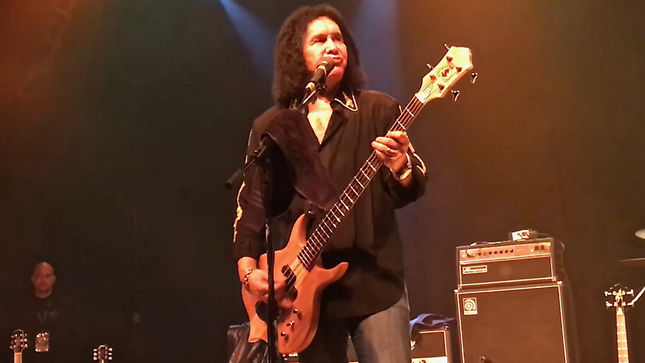 Westside Today reports: It is the mission of Yad Vashem to keep the memory of the Holocaust and the legacy of its survivors alive. The World Remembrance Center in Jerusalem founded 64 years ago, serves as the conscience of humanity and the voice of the Jewish people. It preserves and shares the stories of the 6 million murdered during the Second World War.

“We were honored to attend the gala sponsored by the American Society of Yad Vashem at the Beverly Wilshire honoring famed KISS co-founder Gene Simmons and his Holocaust survivor mother, Flora Klein, The Spiegel Family and the feature film, Denial.”

Read more and see a photo from the ceremony at westsidetoday.com.

Out of makeup, Gene Simmons is embarking on his first-ever solo tour with a red-hot backing band to perform some high-octane rock hits. Don't miss the God Of Thunder himself when Simmons comes to your town. Confirmed dates are listed below.