GENE SIMMONS On KISS Hit "I Was Made For Lovin' You" - "Still To This Day, I Hate That Song" 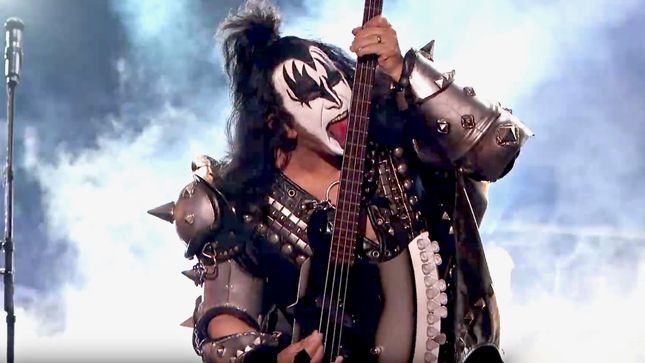 Simmons recently spoke with Darren Paltrowitz of Jewish Journal about his new book 27: The Legend And Mythology Of The 27 Club, his Money Bag Sodas, and the upcoming KISS Kruise, among other topics.

Towards the end of their interview, which can be read in its entirety here, Gene was asked: In terms of unreleased material from KISS, is there more being planned? Another Kissology release? Another vault?

Simmons replied: "There may be a KISS box set coming. A big one, because I’ve been collecting everything. I even have some more material that hasn’t gone onto the Gene Simmons Vault — 167 tracks. I’ve been delusionally a fan of myself ever since I was a kid, and I mean that seriously. I collect every report card… everything. To thine self be true, the Greeks said. A good piece of advice is, 'be your own biggest fan.' It’s a good idea. I am, oh boy."

Up next for KISS is The KISS Kruise VIII. The cruise is set to sail on Halloween, October 31st, 2018 on Norwegian Jade leaving out of Miami to Key West and Nassau. For complete details, visit TheKissKruise.com.