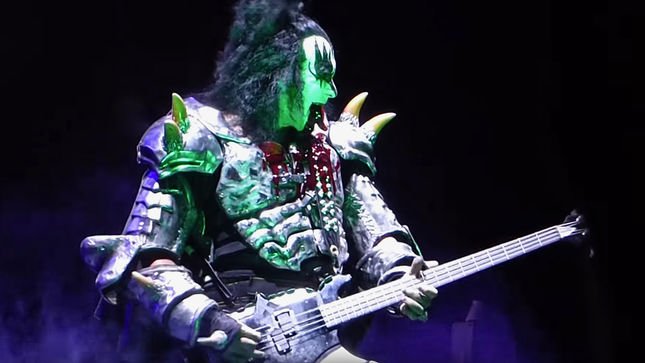 In a new interview with Forbes, KISS’ Gene Simmons talked about his distinct style as bass player.

Simmons said, “I'm not a classic bass player, in the sense of Motown or Carol Kaye. McCartney was a guitar player before playing bass, which is why he could write songs. So when McCartney played bass in the Beatles, he didn't play like a bass player, it was more like a string quartet. And so that's how I played in KISS. In other bands, bass locked in with the drums. But I'd hear melodies in my head, and that's where the riffs in KISS come from. Guitars would join me almost like horn parts. Like ‘Black Diamond’.”

Simmons also talked how the band came up with the name KISS: “It was Paul (Stanley) who threw it out there. I wanted to call us F*CK. I thought it was the forbidden word that everyone used anyway. The first record would be You, second record would be It, then Us, and the last record would be Off.”

In this multimedia rich episode PodKISSt's Ken Mills and KissFAQ's Julian Gill discuss many of the songs expected to appear on the Gene Simmons' Vault discs 1 & 2.