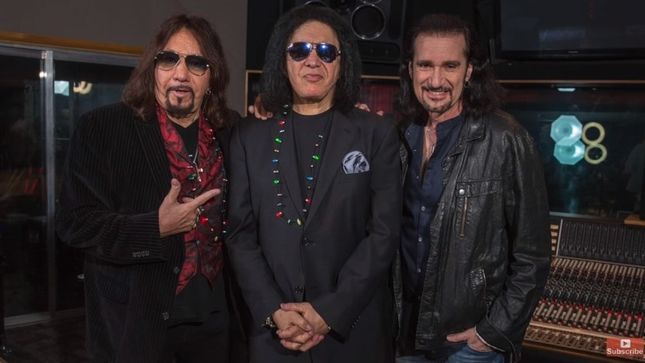 The Gene Simmons Vault Experience kicked off at Capitol Studios in Los Angeles, CA. After hand-delivering each and every vault, signing personal memorabilia, and taking photos, Gene surprised a packed house with not one but two impromptu jam sessions with Ace Frehley, Bruce Kulick, and Eric Singer.

On January 6th, KISS icon Gene Simmons began delivering copies of his new box set, Gene Simmons - The Vault Experience, personally to fans that have purchased it. The 8-hour event took place at the Capitol Records building in Los Angeles, CA and featured appearances by KISS drummer Eric Singer, and former KISS members Ace Frehley and Bruce Kulick. Fan-filmed video of the quartet performing an acoustic set, as well as Simmons and Frehley trading stories and jamming, is available below.