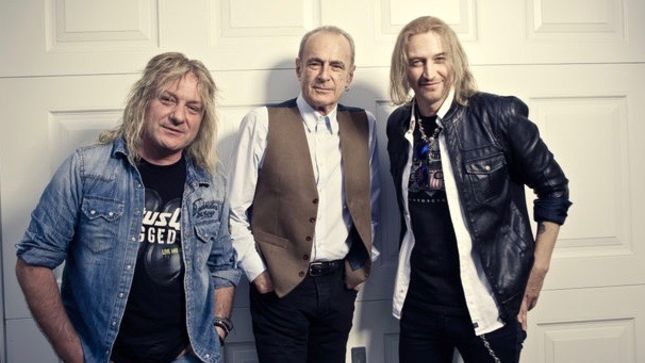 Defrosted, released in 1997, was Gotthard’s very first live album. Still to this day it’s seen as a cult-milestone within the bands career that helped establish their reputation as the most successful band from Switzerland. For more than 25 years, Gotthard have thrived in the global spotlight; with a career that includes 16 #1 albums, over three million records sold, multiple awards and over 2,000 shows all over the planet.

And now, 21 years after the first edition, Gotthard return to Sony Switzerland and Nuclear Blast with Defrosted 2, an ultimate unplugged-compilation of Gotthard’s greatest hits. Defrosted 2 combines the pride of their lengthy career by showcasing 22 of the bands most iconic tracks. It provides a perfect cross section of the bands formidable career that can be appreciated by all.

Before the release of Defrosted 2, which will be available in both Ecolbook and 4-vinyl formats in December, Gotthard will release driving rock ‘n‘ roll track "Bye Bye Caroline" as the first single this Friday.

As one of two brand new songs on the album the song was lyrically inspired by Status Quo‘s 1973 hit "Caroline" and was created with Francis Rossi himself, on the last Rock Meets Classic Tour.

“I got to know Leo and Nic at the shows we did together this spring“ explains Rossi. “On the Rock Meets Classic Tour, there was a comradeship that I haven‘t experienced like this in over 50 years. Leo, Nic and I perfectly got along with each other right from the start, so one evening, I went over to Gotthard‘s backstage room with my guitar and we started jamming. Nic immediately started singing some cool melodies to it and Leo said, that the song somehow had to contain 'Caroline'."

Only months later, Rossi invited both of them to his house in London to record "Bye Bye Caroline" in his home-studio. Whilst in London the band also recorded an accompanying video for the single.

Defrosted 2 was produced by Leo Leoni in collaboration with Nicolo Fragile and as usual, Charlie Bauerfeind was responsible for the mix. A lovingly selected array of sophisticated acoustic arrangements and with two and a half decades of hits, Gotthard celebrate exuberantly great moments, quiet memories and unsurpassed riffs on Defrosted 2 -  the pre-order starts on October 5th.