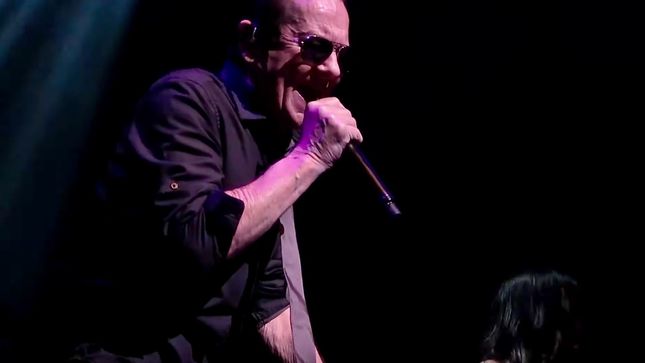 Legendary vocalist, Graham Bonnet, will be inducted, and will perform at the 2020 Metal Hall Of Fame Gala. The Gala takes place on Wednesday, January 15, 2020 at the Marriott Delta Garden Grove in Anaheim, CA.

Geoff Tate, Don Dokken, Stephen Pearcy, and Joe Satriani, will be Inducted along with Bonnet at the 2020 Metal Hall Of Fame Gala. Additional Inductions and performances by hard rock and heavy metal Legends, an All-Star Jam, and other surprises will be announced over the next few weeks.

Graham Bonnet who replaced Ronnie James Dio in Rainbow, has a legendary career involving some of the most well known guitarists in rock. From Ritchie Blackmore’s Rainbow to Michael Schenker, and with his own band Alcatrazz, which established Yngwie Malmsteen and Steve Vai.

Proceeds from the Gala go to The Non-Profit organization D.A.D. (Drums and Disabilities). D.A.D. brings free music programs and therapy services to disabled children and wounded veterans in various hospitals and community centers throughout the United States.