GUNS N' ROSES - The First 50 Gigs: Guns N' Roses And The Making Of Appetite For Destruction Video Podcast To Launch In August 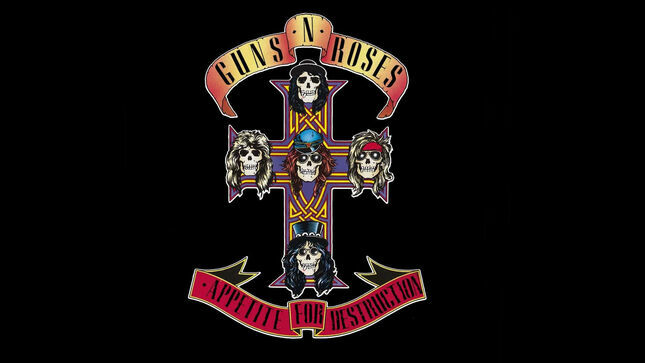 On August 19th, a new video podcast called The First 50 Gigs: Guns N' Roses And The Making Of Appetite For Destruction will be launched by Marc Canter, who is a close friend to Guns N' Roses frontman Axl Rose and guitarist Slash at 12 midnight EST on Patreon. A week-long First 50 Gigs gallery exhibit will open at the Roosevelt Hotel in Los Angeles to conicide with the launch.

Canter photographed the band's entire journey on the Sunset Strip, starting with Slash's garage bands in 1981 and ending when the band releases Appetite For Destruction and leaves on their first international tour with The Cult in 1987.

Jason Porath, who was his right-hand man in co-writing Marc's book Reckless Road, will be hosting this series and along with providing a unique outlook on their first 50 gigs, will be sharing content only available through Marc's immense archive.

Series Introduction: Hosts Marc and Jason introduce you to the series and discuss Marc's role.

Episode 2: Author Laurie Jacobson takes us back with a history of the Sunset Strip from 1900 to 1965

Episode 3: Author Domenic Priore continues the history of the Sunset Strip from 1965 to 1990

Reserved Seating and Front Row subscribers will get 14 bonus episodes that include cutting-room floor interviews, behind-the-scenes footage from The First 50 Gigs and Reckless Road and more.

When teenager and amateur photographer Marc Canter set out to document his best friend Saul Hudson's rise as a rock guitarist in 1982, he never imagined he was documenting the genesis of the next great rock 'n' roll band. His friend became the legendary guitarist Slash, and Canter found himself witnessing the creation of Guns N' Roses front and center. The candid shots contained in his Guns N' Roses biography Reckless Road: Guns N' Roses And The Making Of Appetite For Destruction, taken as the band toured in 1985-1987 and made the legendary album, Appetite For Destruction, capture their raw, blood-sweat-and-tears performances as well as their intimate moments. Containing original gig memorabilia including show flyers, ticket stubs, set lists, press clippings, and handwritten lyrics as well as in-depth interviews with band members and the people closest to them, "Reckless Road" offers an explicit, first-person perspective readers won't find anywhere else.

GN'R recently announced the return of their American tour with rescheduled dates and 14 additional new shows at stadiums & arenas across the US this summer and fall.

The massive touring production kicked off on July 31 at the Hersheypark Stadium in Hershey, PA with stops in Detroit, Los Angeles, Dallas, Chicago, and more before wrapping up with two shows in Hollywood, FL at the Hard Rock Live Arena on October 2 & 3.

Wolfgang Van Halen’s Mammoth WVH will make their touring debut on the GN'R trek, and will perform songs from their self-titled LP. 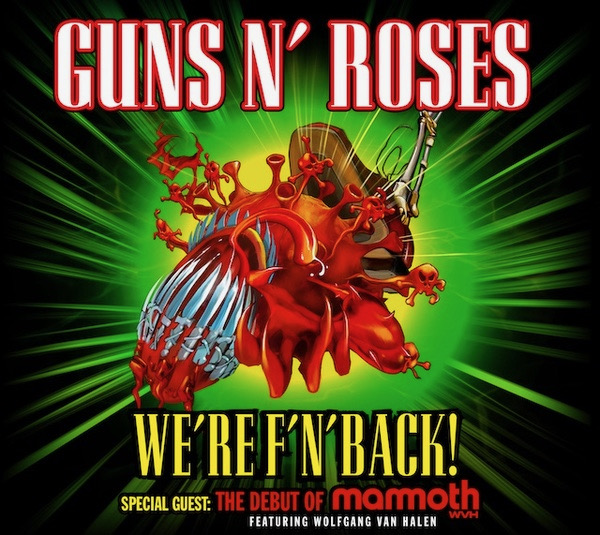