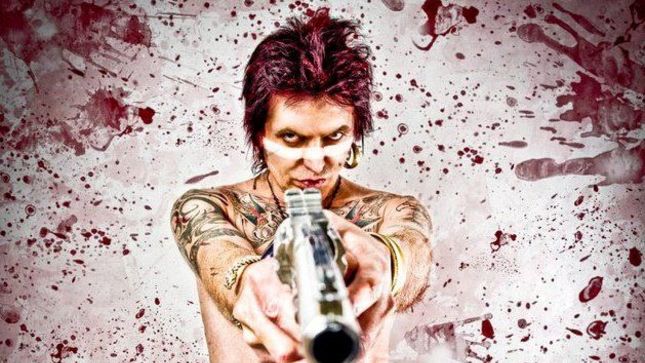 Gypsy Lee Pistolero AKA Lee Mark Jones has pursued an acting career during the last 5 years and starred in various independent horror movies.

His Edinburgh Festival Fringe 2019 hit one man show A Rock N Roll Suicide, his autobiographical story that included singing live, chronicling his life as a nearly never was rock star ironically led to renewed interest in his musical career and the signing to Golden Robot.

GLP stated, "I’m thrilled to be back in the rock ‘n’ roll circus! Even though it may destroy my never nearly was rock star show? There is unfinished business with Gypsy Pistoleros, it deserves to be more than a cult band, and with Golden Robot/Riot Records it now has a chance to reach a global audience and become the success the music deserves! I’m excited and cannot wait for everyone to hear the new stuff, Flamenco glam sleaze rumba rock ‘n’ roll is back!"