HEAVY LOAD Are Back!; Back Catalog To Be Reissued, Festival Dates Confirmed 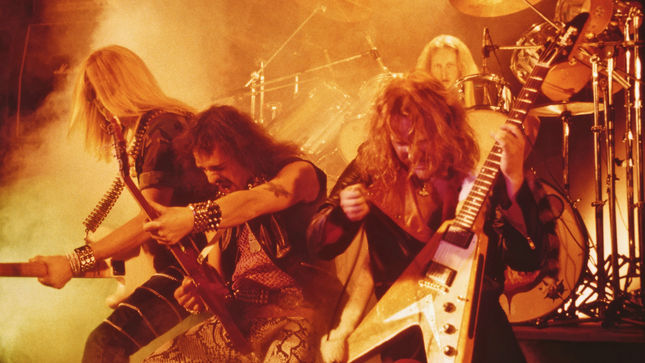 Heavy metal legends Heavy Load are back! Heavy Load is widely held as the band that started the whole Swedish heavy metal wave with their first album in 1978. In addition, they are regarded as the first Viking metal band in the world.

Heavy Load was founded in the depths of midwinter 1974-75 by the two brothers Ragne Wahlquist (vocals, keyboard and guitar) and Styrbjörn Wahlquist (vocals and drums). The brothers’ vision has always been the core of what Heavy Load was all about. In 1978, Heavy Load released their first album entitled Full Speed At High Level, and after expanding the line up with a second guitarist, they founded their own recording facility, the famous Thunderload Studios, along with their own label, Thunderload Records. On their own label, they released timeless Heavy Load classics, such as: Metal Conquest (1981), Death Or Glory (1982) and Stronger Than Evil (1983).

Now, due to an epic pact between the band and No Remorse Records, the legendary Heavy Load back catalogue will be made available again. The series of ultimate reissues will start with their last album Stronger Than Evil, and will continue back through their production. These first ever official reissues will be expanded with bonus tracks: some of these tracks have never been heard by the public before - demos, and songs recorded for the albums which had to be dropped due to the limited playing time on the LPs. In order to guarantee the best sound quality, the reissues have been remastered - by the Wahlquist brothers themselves - directly from the original analogue tapes, at the Atlantis Studio in Stockholm, which is one of the few studios that still have the capacity to handle recordings the old analogue way.

At last, the date of the official re-release of Stronger Than Evil (1983) is set. January 26th, 2018, it is to be unleashed upon the world. It will be available in Digipak CD, Jewel Case CD, LP + CD package, limited edition box set and in digital download format. The reissue will contain six bonus tracks out of which four never have been available publicly before. Both the CD version and the LP version will contain very extensive booklets designed by the Wahlquist brothers themselves. The booklets will feature previously unpublished photos, as well as the band’s memories and ideas about the songs. In fact, the CD-booklet will be in 32 pages and the LP-booklet will be in full LP-size. The rest of their four albums are soon to be re-released in similar ways.

The amazing legacy of Heavy Load will also be celebrated live on stage.The Wahlquist brothers have yielded to their own passion due to the cravings of their fans. They will play a very limited number of bombastic concerts during 2018. This year also marks the 40th anniversary of their first LP. Heavy Load will announce a series of shows, with an epic and majestic stage production. The first shows in over three decades will take place on the following dates and venues: April 28th, 2018, when Heavy Load will headline the legendary Keep It True XXI festival in Lauda-Königshofen, Germany; and one month later, on May 26th, when the band will headline Up The Hammers festival, in Athens, Greece, and will also be one of the main acts at Sweden Rock festival, Friday evening, June 8th.