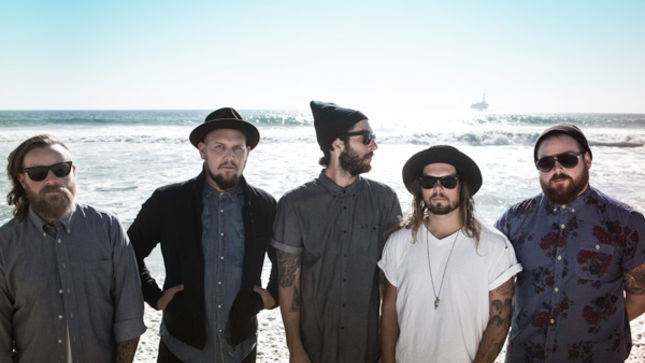 Hell Or Highwater, the rock band featuring Atreyu drummer/vocalist Brandon Saller on lead vocals, are back with a brand new single and website. The band just launched the video for "I'll Be Waiting”, which you can watch below, on its newly launched website. The song is also available for free download. So fans can enjoy the audio and the visual. Get the track here.

"I'll Be Waiting" was recorded by the band at its own The Spot Studio in Vista, California.

"“I’ll Be Waiting”, in essence is a love song," Saller said, offering insight into the track. "But further, it's a celebration of the feeling one has when you find someone that you truly can't live without. It's a feeling unmatched by anything in this world. Everyone has a 'Jean Marie.' If you haven't found yours yet, you will know when you do. Here's to finding your 'Jean Marie' this summer."

Since their inception, Hell Or Highwater have earned comparisons to acts like Foo Fighters and Muse, thanks to their knack for crafting unforgettable and uplifting rock songs. They earned a spot on the annual UPROAR Tour in 2013 and also toured the world with the likes of Avenged Sevenfold, whose frontman M. Shadows contributed vocals on the song "Go Alone," as well as Stone Sour and The Used.

They've survived van wrecks and lineup changes. But they've emerged as strong as ever, armed with a killer new track in the form of "I'll Be Waiting”.