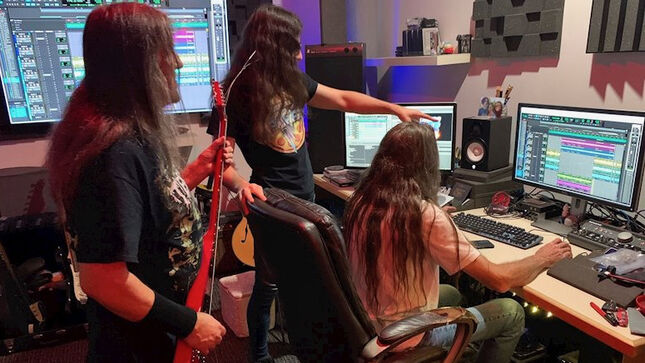 Originally formed in 1984, old school Florida death metal legends, Hellwitch, are back with their unique brand of highly energetic, incisive, thrashing death metal. The band has always sounded insanely catchy, always balancing technicality to a great measure, Hellwitch have drafted some genuine classic songs over the years and their new album is a culmination of all such works and experience.

"The forging of the new Hellwitch album began on July 12, 2022. Tentatively titled Annihilational Intercention. We are once again in the fiery pits of legendary Studio 13 in Fort Lauderdale, Florida with veteran producer Jeremy Staska (Hellwitch, Malevolent Creation, Divine Empire, Poison The Well, Hateplow, Kult of Azazel). This new batch of aural mangulation will contain tracks ranging from 1985 to present.

"Some offerings include 'Hellwitch’, a song from 1985 that was left to die only to be reanimated now into a bombastic overture of epic proportions. Also, new tracks 'Delegated Disruption' (the horrors of modern leadership and global incineration), 'Epochal Cessation' (a TRUE tale about the dead left in my wake) and 'Solipsistic Immortality' (Asomatonymous existence) will be revealed conveying the boundless torture (chamber!) that is, was and shall always be, Hellwitch!"