IN SEARCH OF SOLACE To Release Enslaved To Tragedy Album In August; New Single Streaming 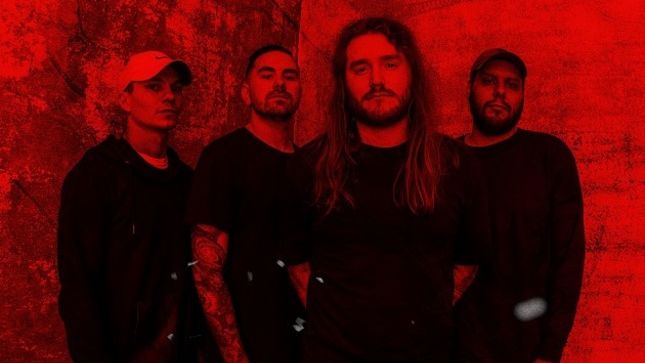 Minnesota metal band In Search Of Solace is set for a massive year ahead. The band recently announced a July headline tour and has now revealed they’ll be releasing their new album, Enslaved To Tragedy, with SharpTone Records on August 30th. Today, the band has debuted a music video for a brand new single titled “Path To Destruction” and has launched a preorder for the record here.

Commenting on the new single, vocalist Jonny LaDuke says, “We felt compelled to bring forth a song that touched base on our discomfort with the chaos around us. A world that feels out of sync and far from where we believe we could be as a society. We are proud to present ‘Path To Destruction.’”

After forming in 2014, in search of solace released a series of records, including the independent Consciousness EP [2014], From Me / / From Within [2015] and Regression|Progression [2017]. International touring followed with opening slots for Of Virtue and more as well as packed support gigs at hometown haunts, including the legendary First Avenue. Returning from the road, the musicians dove into writing and recording what would become Enslaved to Tragedy.

For the first time, the four-piece enlisted the talents of a producer, recruiting Ryan Leitru (For Today, Nothing Left) behind the board. Over the course of two weeks for nearly ten hours a day, they recorded the album. The producer elevated their approach as the guys “had never received that level of input from an outside ear before.”

The result of the laborious process is nothing short of stunning. Throughout the nine songs on Enslaved to Tragedy, In Search Of Solace breath fresh life into the metal scene with dynamic and skillful music that’s both aggressive in sound and lyrically consequential.