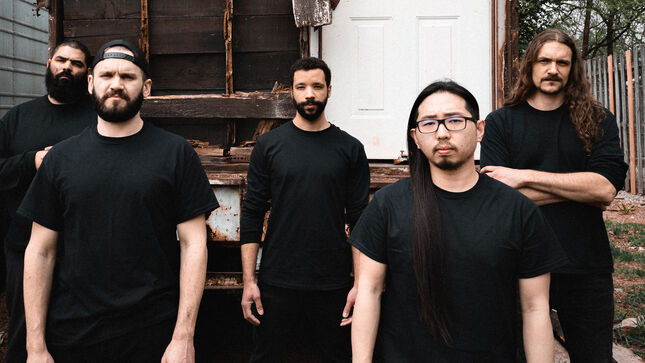 Vile Genesis (recorded, mixed and mastered by Dave Otero at Flatline Studio) packs a walloping amount of technical brutality into its eight tracks, while retaining an approachable melodic sensibility similar to bands like The Black Dahlia Murder. Singles "Mesmeric Horror", "Simian Hive" and eponymous "Vile Genesis" set the stage for the bands vision of death metal, equal parts complex and melodic with enough masterful playing from each member to hold the attention of even the most discerning riff critic. The album hurtles forward with a level of speed and intensity that seems almost breakneck at times, but the band is able to switch their style to angular and head-bang worthy on a dime. The true strength of Vile Genesis comes not only from the groups mastery of the almighty riff, but also from their ability to write a compelling song - which they've done here eight times over.

You can stream Vile Genesis and purchase vinyl & merch here.

The band has this to say about their latest release: "We are beyond delighted to finally unveil our fifth full length album, Vile Genesis, an effigy of our growth as an entity. We’ve taken our brand of melodic fury and expanded into stranger and heavier territory to deliver our most thrilling album to date. While our last several efforts were recorded in-house, this time around we partnered with engineer & producer Dave Otero of Flatline Audio. Together, the six of us worked tirelessly to bring this sonic vision into fruition.

"Proceeding the storyline of The Path Of Apotheosis, Vile Genesis is an auditory odyssey that chronicles the harrowing fate of humanity as they succumb to their digital dreamscapes. They ultimately fall into the clutches of their eldest Anunnaki ancestor, an eidolon driven by vengeance to sculpt his dominion across the constellations. This record is not a continuation. Not simply an evolution of sound. This is Vile Genesis."

The band will be hitting the road this fall supporting Black Crown Initiate before joining the legendary Decapitated on their 25th Anniversary EU/ UK tour early next year.